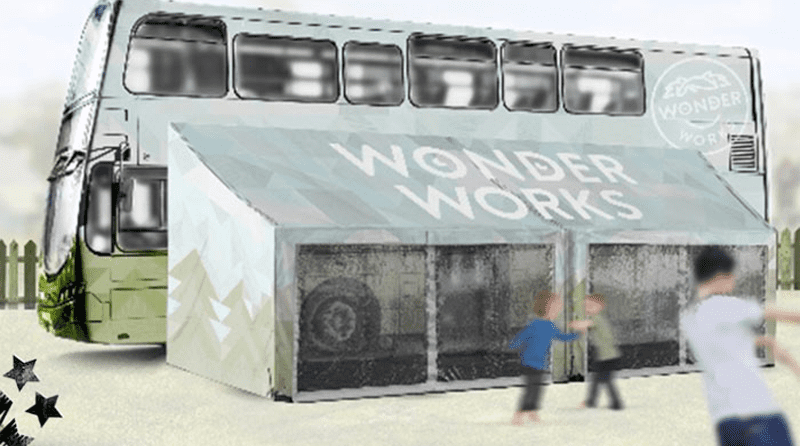 A mobile nursery based in a double-decker bus will launch next year, with the aim of supporting parents working in the performing arts.

The idea for the bus was generated by businessman Mark Radcliffe and actress Charlotte Riley to help parents and carers working in the film and television sector.

Radcliffe said he could see the nursery being based at a central location in London, with performers and theatre employees working across a number of shows jointly using the facility.

The mobile setting, called WonderWorks, is described as a “fully equipped and professionally run” nursery.

Radcliffe said: “We are Ofsted-governed and because we are space-limited, and don’t have hundreds of children we can spread the costs.  It is relatively expensive per head… So we would need decision-makers on various productions to buy into it.”

He added that the nursery would feature a full educational programme and stressed it was not a crèche as it would “be available throughout the day”.

Campaign group Parents and Carers in Performing Arts has welcomed the initiative.

Co-founder Cassie Raine said: “The challenges finding childcare for the performing arts workforce are as multifaceted and complex as our working hours. Any initiative that provides accessible, affordable and flexible support for families that can meet the irregular working patterns of our sector is a welcome step.”

She added: “PiPA partners have been providing pop-up crèches at events and we are currently trialling a UK-wide scheme for ad-hoc child and elder care provision. A mobile nursery could be a great solution for touring, working in remote locations or where space is limited.”

Radcliffe said he hoped WonderWorks would be the first of many offerings to families and that his aim was to see mobile nurseries made available across the UK.