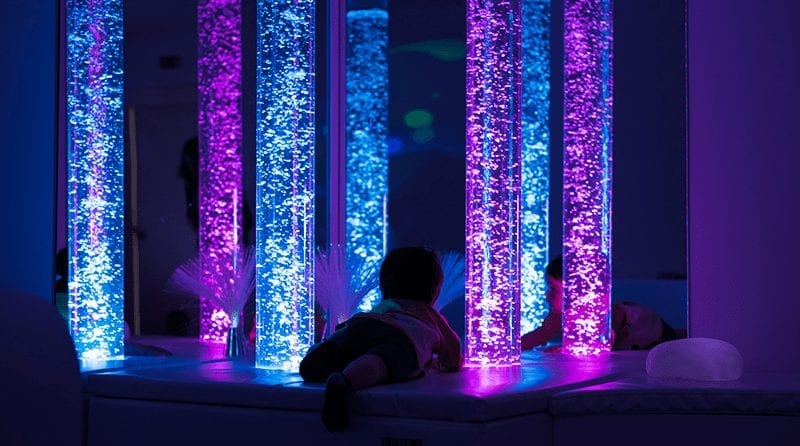 Multisensory rooms are specified by the DfE as a part of adequate provision for children with learning disabilities. Yet no one is stopping to question why this should be. There is no reliable research evidence to back up this belief, what we know is purely anecdotal.

What have fibre optics and bubble tubes got to do with autism and learning disabilities? Why do disabled children need access to a dark space lit with artificial light? Why would access to control over sensory stimuli help someone who struggles to regulate their response to sensation any more than access to an off-licence would help someone who struggles to regulate their intake of alcohol?

In my recent book, Multiple Multisensory Rooms: Myth Busting the Magic I charted the history of sensory rooms and looked to identify where their magic came from, whilst also reporting the findings of a recent study into their current use in the UK, identifying aspects of the rooms critical for their effectiveness. On my course, ‘What is happening in our multisensory rooms?’ I further explore current multisensory room practice with my delegates.

Despite being thought of as magic, many multisensory rooms have no effect whatsoever on the populations they purport to be for and some have a damaging effect. The difference between the rooms that seem to work magic, the rooms that do nothing at all and the rooms that do harm, is not found in the types of gadgetry within them. No. The magic is hidden elsewhere.
Misunderstandings about the rooms and their usage abound. Researchers and commentators remark upon people being taken into the rooms “shutting down” in response to the strange and overwhelming environment, and this “shut down” being interpreted as relaxation. Design flaws and a lack of regulation have seen equipment within rooms catch fire, or rooms built in a way that impedes mobility – a room with the bubble tube plumbed in across the doorway such that a person using a wheelchair could not enter, rooms with padded floors upon which people usually a little unsteady on their feet, struggle to walk at all. Multi-walled, high-lumen projection spaces render visually-impaired people blind as their retinas are flooded by the enormous amounts of back light thrown off by the projections.

Through 50 years of practice, very little scientifically rigorous research has been conducted into the rooms, a by-product of which has been a lack of governance over those advertising the rooms. With no evidence to keep claims in check, advertising copy concerning the rooms is becoming bolder and making grander and grander claims. Settings told they are buying a room that cures ‘all ills’ are likely to believe that. In order for this magic space to do its job, people need to be bought into it and it needs to be switched on (after all things cannot work if not switched on). The switching on of everything in a multisensory room is one of the most common mistakes of practice, and a lack of training in how to use the rooms (in my study only one person reported having had training in how to use, rather than how to operate the room) means it isn’t surprising that most settings report feeling underwhelmed by responses to their sensory room.

So where is the magic?

Jan and Ad were active young men, they recognised that in their own lives, when they had physically exerted themselves, they entered a state of relaxed curiosity. Imagine two men in their twenties who’ve cycled to the top of a mountain lying back in the grass to watch the clouds drift across the sky and notice the pappus of dandelion seeds floating across the sky. They were so enchanted by the wonder and beauty of nature that they wanted to share it with the people they worked with.
In all of their writing you can read the inherent respect they had for the people they worked with, considering them not just equal but at times, superior to themselves. In nature, they had something precious and they wanted to share it with the people who lived in the institution whom they loved and respected.

The original multisensory room practice was relational. It was about the connections between people, and the sharing of beauty and wonder. Recognising that their friends would not be able to perceive the dandelion fluff against the backdrop of the sky, they pitched a tent to give an easier landscape against which to share the wonders of nature. They said clearly that it wasn’t about the tent and that this sharing of time could happen anywhere, at dinner, when having a bath, just sitting together. They were very clear that: “Most important are the interpersonal contacts. These can never be substituted by machines or effects.” It was not about the place, it was about the people.

When winter came, their institution allowed them to move the bits and pieces they had in the tent, inside to a room. People heard about the amazing responses they were getting from people who previously had seemed unreachable and came to ask them how to make a tent, how to make a room. Jan and Ad were always very clear, telling them that it wasn’t about the room. Then a company trademarked the name of their room, and from that point, multisensory rooms became commodities bought and sold. It is the brilliant sales techniques that led to their proliferation, not their effectiveness.

This is not to say that there is no value in the amazing pieces of technology available to us today. It is simply to say that the magic lies in the people. If you have that inherent respect and love for the people you support, and use a multisensory room to connect with them, then the magic will be there. And if you have that, it will still be there if all you have is a scrap of tin foil and a small torch. To quote from my book: “The biggest danger with regards to multisensory rooms is viewing them as an object or set of objects, when in fact they are a manifestation of thoughts and ideas and attitudes.” 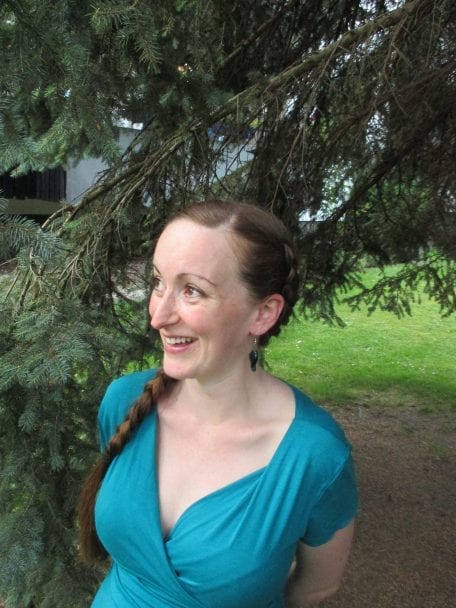