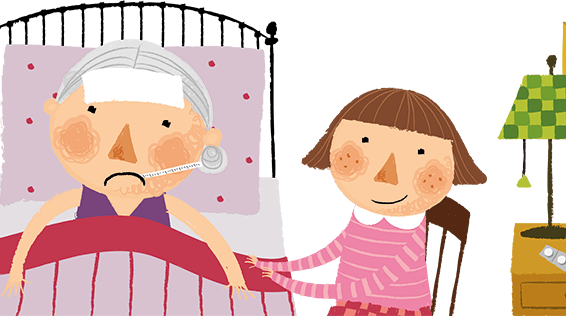 Have you ever thought about what would happen if you or another adult member of your family became seriously ill, had mental health issues that affected their day-to-day life, or developed a disability that affected their sight, hearing or physical mobility? Who would look after them on a daily basis? Your parents? Your siblings? Your friends? Or your children?

If you’ve never thought about it, then you are probably in the majority. Most of us stagger through our daily existence with little thought about what would happen in such circumstances, but for some families, the burden of care may well fall on a child. When we have children, we accept the responsibility to look after them until they are old enough to look after themselves, but if the tables are turned and they end up looking after us, how different would life be then?

A carer is “anyone who cares, unpaid, for a friend or family member who due to illness, disability, a mental health problem or an addiction cannot cope without their support.”

Carers Trust is a major charity who work for, and with, unpaid carers or all ages to raise the profile of what carers do and help them. Every year they organise a Young Carers Awareness Day, and this year, it falls on January 30th. The day is aimed at highlighting the important work that young carers do and giving them support in their endeavours.

You may have some young carers in your setting or if not a carer themselves, they may have older siblings who are caring for a parent or relative. One in ten people in the UK is a carer for someone and the figure is rising. Sixty per cent of us will be a carer of some kind at some point in our lives; estimates suggest that the value of the contribution made by carers in the UK is £132bn a year.

Most young people have enough on their plates caring for themselves, dealing with teenage anxieties, puberty and exams without having the additional stress that caring for someone else brings. Some young carers are not even in secondary school, so for them, being a carer really does cut years off their childhood.

Being a carer could mean looking after a sick parent, or someone who has alcohol or substance abuse issues. It could be helping a disabled relative manage their everyday life or taking on the household chores because there’s no one else to do them at home.

Many carers feel isolated and alone throughout their life, often feeling that there is no one else to turn to. And often at a time when they need the most support themselves.

Often carers need to sacrifice somethings in their own lives in order to look after others, and unfortunately, some young people are dealing with situations that are both emotionally and physically difficult.

Being a young carer can affect the life of the young person in a variety of ways, including their:

However, being a young carer can have advantages and many young people learn a lot of independent and useful skills which can stand them in good stead in later life. For example, they may learn:

How can you support young carers in your community?

This year, Carers Trust is running a campaign called “Count Me In!” aimed at:

“getting compulsory education providers to do more to proactively identify young carers and ensure that they received the recognition and support they deserve.“

They have produced a free, downloadable campaign pack, available in English and Welsh and are using the hashtag #CountMeIn on social media channels to promote the campaign. The pack includes ideas and tools to help people get involved in Young Carers Awareness Day. You can request a pack by emailing:

Other ways to get involved include:

Promote awareness of young carers in your setting. Chances are, there will be some young carers who are connected to your nursery in some way, perhaps older siblings of the children in your care
Find out about your local young carers service so you can offer help and advice to people you identify
Hold an awareness event to raise the profile of young carers, asking for people to look out in the community for each other more, especially if they feel that there are young carers who might need help
Hold a party for some young carers
Offer your services to a local young carers association so that you can provide some respite if needed, particularly if people are looking after younger children
Fund raise for the Carers Trust by holding a fete, cake sale, jumble sale or nearly new sale
Write to your local MP to encourage them to recognise and support young carers much more. There is a letter template in the campaign resource pack that you can download and customise.

You never know what is around the corner, but with a bit of empathy and understanding, we can all make things better for those young carers doing an unenviable and sterling job, caring for the people they love.