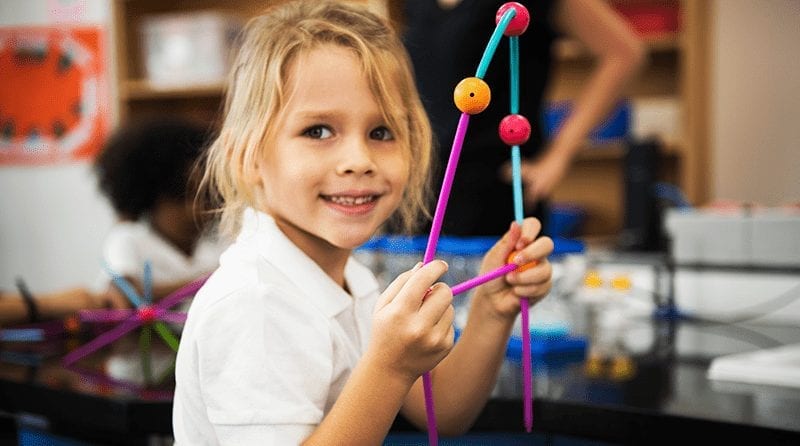 When you think about science lessons, what do you think of? Crusty old chemistry labs, blue-flamed Bunsen burners and impossible physics equations? Or green-powered racing cars, destructive robot wars and space exploration? If you answered the first set, then its been a long time since your last science lesson, because things have changed a lot.

In the last century, most students studied science as separate subjects (physics, chemistry and biology) but one resulting problem was that in many schools, girls tended to drop physics and boys dropped biology in their GCSE options so, often, they did not get a broad spectrum science education. This affected the take up of many science subjects in universities and so strategies were developed to give students a more comprehensive science education at GCSE level. In 2006, combined science GCSEs were introduced where students studied approximately 2/3rds of the content of the single subjects, and were awarded 2 GCSEs, known as ‘double science’. ‘Triple science’ as it’s known now, is still available.

Strategies were also developed to help support and revolutionise the teaching of science throughout all educational years, as well as promoting STEM (science, technology, engineering and maths) projects and careers. British Science Week is one such initiative to highlight and promote a very broad view of science in the curriculum.

What is British Science Week?

British Science Week celebrates anything and everything related to STEM and is a programme of exciting events running throughout the whole of the UK. It actually runs for slightly longer than a week, from the 6–15th March, and is coordinated by the British Science Association, and funded by the Department for Business, Energy and Industrial Strategy (BEIS).

One of the best things about British Science Week is that there are no restrictions on who can organise events or the topics they choose, as long as there is an underlying element of science, technology, engineering, or maths. This means that the subsequent programme is full of amazingly diverse and varied events which are suitable for people of all ages and abilities, limited only by the imagination of the organisers. Thousands of people get involved every year, from teachers, parents and community groups to large organisations and industry. In 2019, there were over 82,000 downloads of the free activity packs, 700 media posts, 35,000 tweets, reaching an estimated 68.5 million people, which is approximately the number of people in the UK - so British Science Week is a big deal!

How can you get involved?

The BSW website has lots of information and advice on how to get involved and 3 specially designed activity packs aimed at early years pupils, primary pupils and secondary school pupils, based around the theme of ‘Our Diverse Planet’. You can download them here. There’s also a “Fun, Family Science” pack that parents, carers and grandparents can use if they want to do some science outside of an educational, nursery or school setting. And you can still access packs from previous years too, so there’s plenty to choose from.

The packs include lots of activities based around the ‘Our Diverse Planet’ theme, including word searches, crosswords, factsheets and colouring sheets as well as information about future career choices for older students.

Science is all about experimenting, so you could also undertake a few simple experiments in your setting, or attend some organised events – the choice is yours. If you want to find out about local events in your area than you can use the Science Live area of the website or volunteer in Operation Weather Rescue, an ambitious project aimed at digitising old, handwritten weather records to preserve them.

If you are organising your own event, there is a lot of information to help you as well including downloadable ‘how-to’ guides, posters, logos and marketing materials. Although it may be too late for this year, small grants are available for some projects, so you can always read the funding guides and plan ahead if you’d like to apply for some funding for an event next year. Contact the organisers by email bsw@britishscienceassociation.org at any time for help too.

Get your community involved

We don’t often remember, but the impact of STEM is all around us and we often take it for granted without really thinking about how much science we rely on all day, every day. One way to get your children interested in science is to invite local community members into your setting to talk about or show how science has influenced them. Do you know any parents who are:

You could also partner up with your local primary school to deliver events as well which can help with cross-curricular work and forging new partnerships.

Science, STEM and the EYFS

There are obvious links to the EYFS when you try different STEM activities. Maths is an area of learning in its own right, but under the “Understanding the world” heading, you can do lots of STEM activities based around investigation and experimentation including growing things, building things and researching things. The internet is full of pre-school STEM activities, but we like some of the ideas here which are simple to set up and do.

Some easy science experiments anyone can do

You don’t need lots of money or resources either to make British Science Week fun. The website has a guide to “Science on a shoestring” for those on limited budgets, where the most important thing is to remember to have fun and be creative!

Think about investigating some everyday things in your setting, and you’ll be well on the way to making British Science Week a success: