Mother’s Day – where did it all begin? 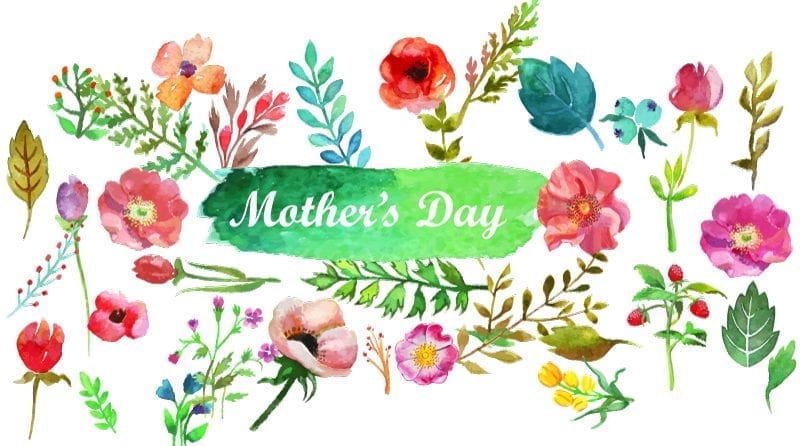 Mother’s Day (also known as Mothering Sunday) is a celebration honouring the mother of the family, as well as motherhood as a whole. It’s an annual event when members of the family show their gratitude and love for their mothers, as well as the role that other maternal figures, such as mothers-in-law and grandmothers, hold in family life.

When does Mother’s Day take place?

The actual date of Mother’s Day in the UK is not fixed each year. It always falls exactly three weeks before Easter Sunday, which itself changes yearly, depending on the date of the full moon. Around the world, it falls on different days. In many countries - USA, Canada, most European countries, Australia, New Zealand, India, China, Japan, the Philippines and South Africa, it is held on the second Sunday in May. In 2020, the UK will celebrate Mother’s Day on Sunday 22nd March.

How did it all start?

The stories of how it began vary, depending on whether you’re in the UK or the USA. In the UK, Mother’s Day was originally a day where domestic servants were given the day off to visit their “mother” church. These servants would typically return to their hometown and worship in church with their families. On the way home, it was common for people to pick wild flowers to give to their mothers. This was around the 17th century.

In America, the story of its origin is very different. The day of celebration stemmed from a lady called Anna Jarvis, who held a memorial service for her mother in Grafton, West Virginia. She gave away carnations, her mother’s favourite flower, to all who attended the service. Red and pink carnations were given to those with living mothers and white for those whose mothers had passed away. Anna wanted everyone to attend church, and afterwards, for children to write a note of appreciation to their mothers.

It had been Anna’s late mother’s wish that a Mother’s Day would take place, and this is something that she had even prayed for. Following her mother’s death in 1905, Anna took steps to ensure this would happen.

Creating a legacy for mothers everywhere

As part of her late mother’s wishes, Anna campaigned to make Mother’s Day a recognised holiday in the US in 1905. The very first Mother’s Day in America was celebrated in 1908 and, just three years later, all US states had started to observe the holiday. Whilst Anna Jarvis was successful in realising her mother’s dream, she was resentful of how commercialised the day quickly became. By 1920, card companies such as Hallmark had started making mass-produced Mother’s Day cards. Anna argued that people should honour their mothers through handwritten letters, instead of buying pre-made cards.

Today, people choose to celebrate this day in a way which is personal for them. It may be that they buy their mother a bunch of flowers and a card, go for afternoon tea, or just choose to spend quality time together.

Did you know… it’s estimated that, as a nation, British consumers will spend £1.4 billion on Mother’s Day cards, flowers, gifts and other treats?

However, you really don’t have to spend money to show your appreciation. Making a home-made card using the card from an empty cereal packet or old greetings cards and covering with left over tissue or wrapping paper or even flowers from the garden are just as effective and will mean a lot, knowing that so much effort has gone into it! Handprint (or even footprint!) cards are also fun (not to mention messy!) to make and are so personal too – a firm favourite with the children!

We have the most delightful Mother’s Day craft for you to make with the little ones in your setting that will be sure to make mothers’ hearts melt!