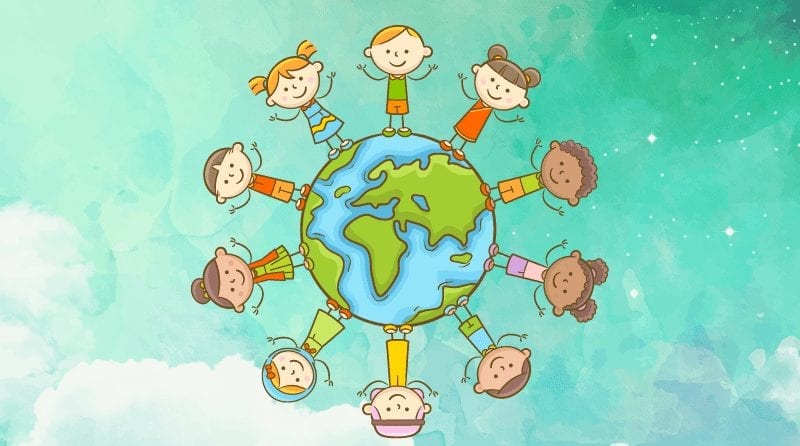 There’s a famous quote that has been attributed to US Native Americans, which has been modernised and translated as: “When the last tree has been cut down, the last fish caught, the last river poisoned, only then will we realise that one cannot eat money.”

Some people call it a prophesy, others say it is ancient wisdom, but whatever you call it, the sentiment has an eerie resonance as the human race tries to come to terms with some global problems facing it in the 21st century. Climate change, global warming, increased pollution, deforestation, soil erosion, pandemics, globalisation, energy crises, the availability of resources, ageing populations, monoculture, decreasing biodiversity and sustainable living are just some of major issues currently facing the world!

At some point, humans will have to come to terms with our place in the world and the responsibility we have to our home planet, which many countries lovingly refer to as, ‘Mother Earth’.

The term ‘Mother Earth’ or ‘Mother Nature’ was known to the ancient Greeks, who revered the planet as a goddess named Gaia, meaning Mother Earth. Gaia, it’s said, created herself out of primordial chaos and is the source of all life, and the place where all living things must return after death. She personified the entire ecosystem of planet earth - a nurturing, healing, female energy promoting harmony, wholeness and balance within the environment. If the balance is maintained, then life can be maintained and is sustainable forever.

Nowadays, Mother Earth is a common expression in a number of countries and regions, and is recognised by the United Nations (UN), as reflecting the “interdependence that exists among human beings, other living species and the planet we all inhabit”.

The problem is that humans have recently caused an imbalance in Mother Earth due to an accumulation of actions we have taken, which have at best, been short-sighted or misinformed, and at worst, have been downright self-destructive. The earth and its ecosystems are our home and we need to achieve a balance in the economic, social, and environmental systems for present and future generations to promote harmony with nature and the earth and ensure sustainability.

Fifty years ago, on 22nd April 1970, in response to the increasing pollution they faced, a group of American activists set up the very first Mother Earth Day with the aim of creating a unified response to the environmental crisis they faced – oil spills, smog and rivers so polluted they literally caught fire!
20 million Americans (10% of the U.S. population at the time) took to the streets, protested on college campuses and across hundreds of cities to rail against the environmental ignorance of the time, and demand a new way forward for the planet. As support for the movement grew year on year, the environment became an important agenda item across the globe at summits and inter-governmental meetings, until the UN adopted the day as International Mother Earth Day in 2009, throwing the weight of the UN behind the movement.

The Earth Day Mission today strives “to build the world’s largest environmental movement to drive transformative change for people and planet”. It aims to diversify, educate and activate the environmental movement worldwide and works with over 75,000 partners in over 190 countries to drive positive action for the planet. The 2020 event will mark 50 years since the first Earth Day with the theme being climate action. To coin an old phrase, “The world needs you” but it especially needs action at an individual, local, national and global level to tackle the climate change crisis.

As the Earth Day website says: “The time is long overdue for a global outpouring of energy, enthusiasm, and commitment to create a new plan of action for our planet. Earth Day 2020 can be the catalyst that galvanizes an unparalleled global collaboration”

What you can do in your setting

There are so many things that you can do to help return our planet back into balance, and to protect it for future generations. We can all do something, and little things add up to create big changes. After all, what use will nurseries be in 20–50 years’ time if our planet becomes uninhabitable?

The United Nations also have a global call to individual action, known as “Act Now”. They say that “even a small gesture can help fight climate change and accelerate the implementation of the Paris Agreement on climate change.

You can register on the Earth Day website for ideas of things you can do under 5 different headings. There are free toolkits, posters and resources to download, so no one will run out of ideas. You can register your own events or join in with others, and with over half a million events worldwide, there’s something for everyone.

The main categories of action are:

Things you could do include:

Facts from the United Nations