The importance of immunisation in fighting disease 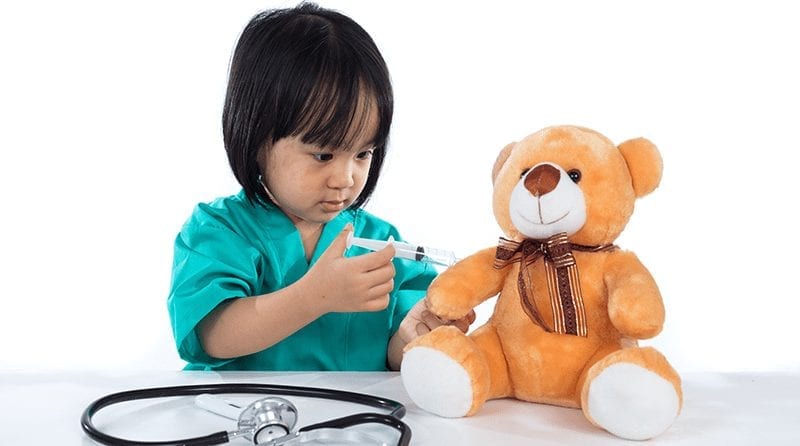 Media coverage of the current global health crisis has, understandably, been unprecedented. The Covid-19 pandemic is a new strain of virus, although other forms of the coronavirus itself have been known to cause common colds and flu for years.

Interestingly, whilst the world has been engaged in containment, delay, quarantine and lock-down measures, many other illness and diseases, which are potentially as serious, have failed to gain headlines, yet some of these diseases pose as great a threat to certain sections of the population, especially young children, and the fight to eradicate these diseases needs to be highlighted again to tackle rising incidence rates.

The golden rule is that “prevention is better than cure”. It’s more cost-effective to vaccinate people than to treat a developed illness, because once people are ill, they can develop debilitating or even life-threatening symptoms that need to be treated with more expensive medicines. There’s also a economic/social cost that needs to be counted in terms of loss of productivity and potentially loss of life.

Vaccines have been developed for many illnesses, all but eliminating certain infections in some countries, such as smallpox, polio and diphtheria in recent years, which caused great suffering and death in the past. But there’s a worrying trend emerging elsewhere as there are still nearly 20 million children in the world today who are not getting the vaccines they need2 – and we are not just talking about children in third-world or developing countries.

In 2019, the World Health Organisation (WHO) withdrew the UK’s measles-free status because of a fall in the rates of MMR (measles, mumps and rubella) immunisations. MMR1 coverage at 5 years of age was only 94.5% in 2018–19 which is below the 95% target for the second year running. MMR2 coverage at 5 years, was also down at 86.4%, putting lives at risk.

Measles is a “highly contagious, serious disease caused by a virus. Before the introduction of measles vaccine in 1963 and widespread vaccination, major epidemics occurred approximately every 2–3 years and measles caused an estimated 2.6 million deaths each year.”3

More alarmingly, in 2018, there were close to 10 million cases of measles worldwide, and more than 140,000 people died – mostly children under the age of 5 years, despite the availability of a safe and effective vaccine.3  Mumps and rubella (German measles) are other diseases that can be immunised against in the MMR vaccine, and although most children recover from mumps after a couple of weeks without any serious side effects, it causes painful swellings in the face, headaches, joint pain and a fever. In a few, rare cases, it has led to viral meningitis4. Rubella is the leading vaccine-preventable cause of birth defects and in pregnant women, and can cause foetal death or other congenital defects.5

"No parent should be in any doubt of the devastating impact of these diseases. It’s vital that everyone recognises the value of vaccines and takes up this life-saving offer."

But it’s not just MMR. Worryingly, experts have expressed alarm at the drop in take-up of ALL routine childhood vaccination rates in the UK, with a marked decline in rates against 13 different diseases including whooping cough (pertussis), diphtheria and meningitis, which leaves many thousands of children under-protected.6

Health officials have previously warned that children are being put at risk by the decision to shun these routine vaccinations. Public Health England’s head of immunisations, Dr Mary Ramsay, said last year that while the percentage changes might seem small, the impact should not be underestimated.

World immunisation week runs from 24–30 April with the aim of raising awareness and take-up of immunisations across the world. The theme this year is #VaccinesWork for All and the campaign will focus on how vaccines – and the people who develop, deliver and receive them – are heroes by working to protect the health of everyone, everywhere.

What you can do

One of the things that has caused a drop in the take-up of vaccines in recent years, is misinformation about the perceived risks associated with some vaccines, and a misconception that the diseases being vaccinated against, are only mild childhood illnesses. Tackling these problems, by raising awareness of the suffering and deaths caused by illnesses such as measles and rubella, as well as disseminating correct information about the vaccines themselves, is key. Remember that once vaccinated, most people develop a life-long immunity.

The vaccination pages on the NHS website offer lots of information and advice about the need for vaccinations, what they do, and how they protect people, especially young children.

With World Health Day (April 7th), also falling this month, and current concerns about the spread of illnesses globally, it is more important than ever that every precaution possible is used to stop the spread of potentially life-threatening diseases.