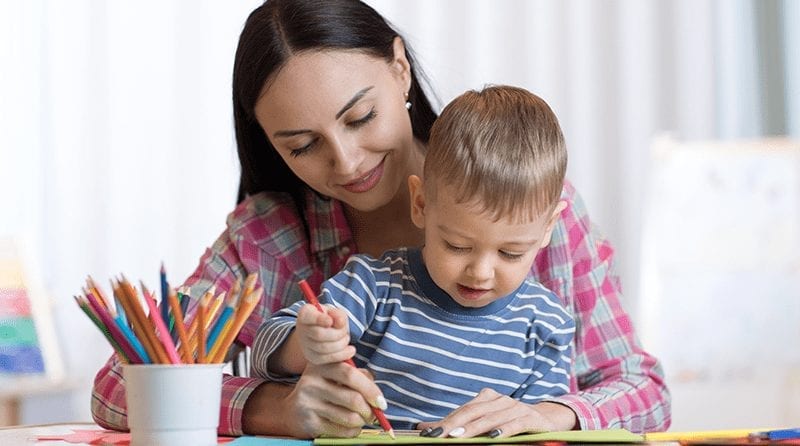 Once upon a time, in a small pre-school book corner, there lived a bookworm called Ben. Ben was short for Benjamin, the bookworm’s real name, but after discovering that he could neither pronounce it, spell it, or write it down, his parents changed it to ‘Ben’ three months after he was born. But Ben wasn’t bothered by that, because Ben had something better – Ben had books and Ben loved to read - well, that is what bookworms do after all.

Ben got up early each day and read at least 7 things before breakfast – the cereal packet, the newspaper, even just the wonky words on a piece of discarded litter that occasionally fluttered past. Above all, he loved books – story books, picture books, puppet and pop-up books… so you can imagine his shock when one day he found the book shelf suddenly empty… no books, no pages and definitely no paragraphs to be seen anywhere… only a scruffily written postcard with a faded picture of a large, old-fashioned book on the front, and the words “Sorry – we’ve run out of writers” scribbled untidily on the back… [to be continued.]

Can you imagine it? A world without writers? No books, magazines, newspapers, ‘how to’ guides or fairy stories. No instructions on how to cook the chicken and no Parenta magazine! It doesn’t bear thinking about. Now whilst this might be a bit of fun for this article, if we don’t encourage young people to write, who knows if Ben’s dilemma might become reality?!

June 24th is National Writing Day (NWD) – the fourth annual celebration of creative writing organised by the charity, First Story, delivered in partnership with arts and literacy organisations across the UK.

“We’re working towards a society that encourages and supports young people from all backgrounds to write creatively for pleasure and agency. We believe there is dignity and power in being able to tell your own story and that writing can transform lives. Our programmes equip young people with the skills and confidence to tell their stories well and to thrive in education and in life.”

We all begin life loving and telling stories, but by the time they get to secondary school, half of young people say they enjoy writing “only a bit” or “not at all”. Somewhere along call times. It’s orderly to have things neatly tidied away, but is this really encouraging children to put their ideas onto paper?

Dedicate one of your storytime sessions each week to children telling their own stories. Allow them to make up stories – individually or with partners, or even ask everyone to chip in with one sentence and make up a group story.

Read some stories and stop halfway through, asking the children to decide what happens next. It’s best to use stories that the children have not heard before, so they won’t be unduly influenced and praise their ideas. It doesn’t even have to be a story; you could just pose a question such as “What do you think happened to the dog who lost his tail?” or “Why would an elephant want to learn to juggle?” Be creative with your questions and you’ll be amazed at the creativity you get back.

Leading on from asking questions, remember that children can also be inspired by other sensory systems such as smells, taste, touch and sounds. Think of ways you can encourage storytelling by using different stimuli. For example, you could let the children smell different items and get them to tell you how that makes them feel. You can do the same with music or a photograph. Then ask them how that might fit in a story?

Create a dressing-up corner or use some everyday objects and ask the children to tell you a story about them. You might be quite surprised at their unfettered imaginations, especially if you go along with their story. Ask questions, but try to avoid dampening things and bringing it back to reality such as saying, “that’s not how we use a tea cup”. Just because you haven’t used it like that, doesn’t mean it’s wrong!

Creative writing is not about the physical writing, so don’t let this stop your children. Use video, audio recording, voice recognition or scribing to record their stories. Then you can share them with appropriate parents, but only record or share children’s work with their own parents or in line with your photographic/recording policies.

First Story run a 6-word story competition each year for older children. Last year’s winner was “Man steals drugs, drugs steal man.” Why not start small and try it with your children too?

First Story run a 6-word story competition each year for older children. Last year’s winner was “Man steals drugs, drugs steal man.” Why not start small and try it with your children too?

Other early years resources can be found at The Literary Trust.