‘Daddy Day Care’ increases by over 50% during lockdown 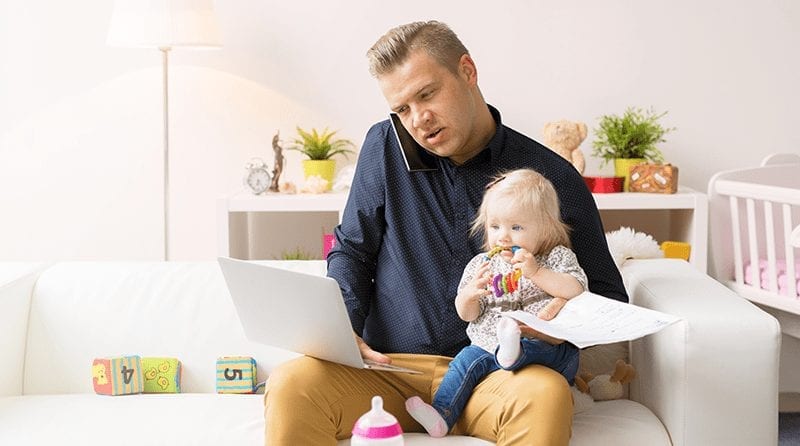 A recent survey has revealed that on average, fathers in the UK are spending longer – 58% longer – looking after their children in lockdown than they would usually do.

In the run up to Father’s Day, The Fatherhood Institute revealed that research from the Office for National Statistics show that fathers, given shorter hours and more home working, have dramatically increased their contribution to childcare.

The survey of 1,300 families was conducted between 28 March and 26 April and also found that men’s weekly working hours (including their commute) has fallen by an average of 11% in the same period of time.

The Institute calculated that in order to maintain the amount of time fathers are spending on childcare post-lockdown, they would need an additional eight hours of free time each week.

The think tank suggests this could be achieved by reducing the time spent commuting to and from work, working remotely more often, and cutting a few hours from their working week.

The Fatherhood Institute is now calling for the government to encourage fathers to embrace remote working if they can in order to enable them to spend more time on childcare.

“It’s time to end workplace discrimination against involved fatherhood so that dads can play their part as they wish to – and will do.”

A team of researchers from the University of Manchester and the University of Essex analysed data from more than 6,000 individuals collated by The UK Household Longitudinal Study. The nationwide study, published in the British Sociological Association journal Sociology, gathers various information from households across the country including the working life of the inhabitants, their hormone levels, blood pressure and experiences with stress.

Read the survey here and the full story, as reported by the Independent newspaper here.