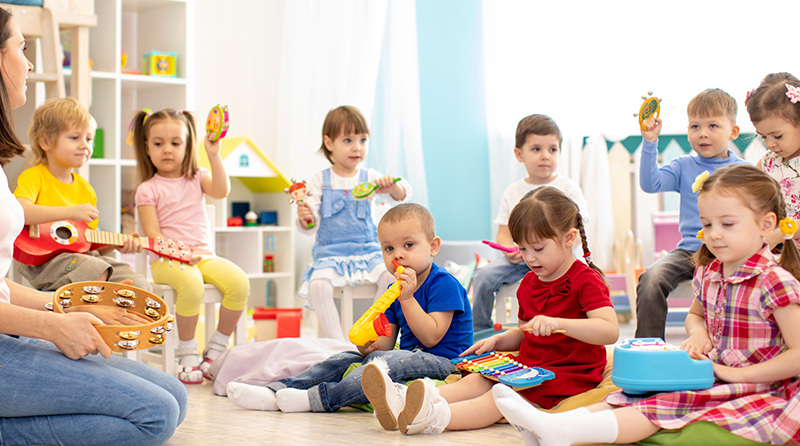 A £1bn fund to help England’s children catch up on what they have missed while schools have been closed has been announced by the prime minister.

However, nurseries, pre-schools and childminders are not included in this ‘catch-up’ funding plan. This is a double blow for the sector because (together with the FE sector) it was included in the initial announcement of £700 million – the decision of which was revoked just 2 hours later.

This rejection for early years will be felt even harder as the news of the funding plan included a statement from the prime minister thanking childcare workers for their support during the pandemic.

Boris Johnson said, ‘I want to once again thank teachers, childcare workers and support staff for the brilliant work they have been doing throughout the pandemic. This includes providing remote education for those not in school, as well as face-to-face education for vulnerable children and the children of critical workers.

“This £1 billion catch-up package will help head teachers to provide extra support to children who have fallen behind while out of school. ‘I am determined to do everything I can to get all children back in school from September, and we will bring forward plans on how this will happen as soon as possible.”

Neil Leitch, chief executive of the Early Years Alliance said, ‘Given that quality early years provision plays a pivotal role in children’s long-term learning and development, it beggars belief that the early years sector has been excluded from this “catch-up” package.”

NDNA chief executive Purnima Tanuku said, ‘Yet again the Government fails the early years sector and very young children who are most in need of support in their early development and learning. Decision makers have demonstrated a total lack of consideration in the crucial role that early years practitioners play in a child’s life, for their families and the wider economy. Nurseries and other childcare providers have been the 4th emergency sector during this crisis, ensuring critical workers can do their vital jobs. And now they face a serious financial crisis themselves. We have been lobbying the Treasury hard for a recovery and transformation package to support these providers to remain sustainable now and into the future.

“Many nurseries have reopened to very few children and their businesses are just not financially viable. And yet, if they have to close, young children will be left with no support for their burgeoning development and parents will be unable to work.

“The Government must now show that it takes a child’s early learning seriously and invest urgently to support young children and ensure nurseries are sustainable to support families before it’s too late.’

Read the full story, as reported by Nursery World here.