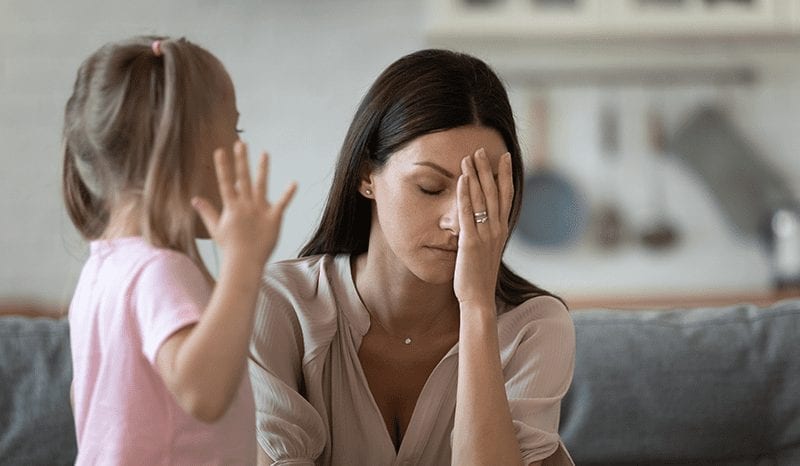 It’s our job as parents, practitioners and teachers to set boundaries with children and to teach them right from wrong. However, it is natural for them to push against these boundaries and to challenge them. Although this can be frustrating, it is important to remember that it is a normal part of their development and this behaviour is just their way of learning how to have a voice, how to have autonomous thought and how to assert themselves. Our response and reaction to their behaviour will contribute to their ability to do all of these things in a balanced way.

There are generally 2 ways to address behaviour. One is through punishment and the other is through consequences. Both will eventually result in a child behaving in a way that is deemed acceptable. However, one way will achieve this through control and/or fear and the other will teach a child to intrinsically make the right choices and take responsibility.

The definition of the verb ‘to punish’ is ‘to make someone suffer because they have broken the law or done something wrong’.

Punishments are often unrelated to a child’s actions and are usually based on retribution for an unacceptable behaviour. They are often driven by an aim to control the way a child acts, but rarely teach them to take responsibility for the impact of their actions on another. Rather than adjusting their behaviour due to the morality of a situation, a child will likely do it in fear of what will happen to them.

Using punishment will often give quick results. However, it can be detrimental to a child’s self-esteem and lacks the important lessons that are needed for them to develop empathy and a deeper understanding of right from wrong. Everything a child sees, hears and experiences in their early years creates a blueprint and programming that then guides them subconsciously later in life. Punishment teaches a child that they can be dominated and overpowered. This quite often goes one of two ways in later life. Either they learn to control others and have an uncompromising attitude, or their default setting is to be controlled and they struggle to assert themselves in certain situations. Dealing with a child’s behaviour can be challenging. However, it is important to ask ourselves what we want a child to learn and to ensure that our reaction to their behaviour is, above all, teaching them this.

Consequences teach children cause and effect and lead to them making positive choices based on what’s right and wrong. They show children the impact of their actions and allow for them to learn a better way for the future. This is because consequences directly link to a child’s actions/behaviour. They don’t come from a place of control or fear and focus more on teaching children, rather than overpowering them.

How to deliver consequences effectively

One of my favourite sayings is “you are only as good a communicator as the response you get”. If a person is reacting badly to what you are saying, it is a sign that you need to deliver the message in a different way. The same goes for children. The way that we communicate will contribute to how they respond. They probably won’t like facing consequences and will no doubt push against them. However, by staying calm, we lead by example and give children a safe space to regulate more quickly, which will in turn mean that they have the capacity to hear what we are trying to teach them.

Just because a child has misbehaved does not mean that we need to withdraw our love. Connection is crucial in a child’s development therefore showing understanding, giving eye contact and getting down on their level can help. There will usually be a reason for a child’s behaviour and explaining that you understand their frustration will make it easier for them to listen to you and to address their actions in the future. If they hit a child with a toy because they were trying to snatch it off of them, explain that you understand how frustrated they must have felt and that you would have felt the same, but that hitting is not the answer.

Discuss why this is and what they could have done instead (for example, tell you, walk away etc).

If you say something, make sure you follow through. This goes for positive and negative situations. If you are busy and tell a child that you will play with them in 5 minutes, make sure you do just that. Even if they have forgotten, remind them what you said and honour your word. Likewise, if you tell a child that they can’t have their toy back for 5 minutes, make sure you give them it back after that time – no sooner, or later. Our word is important to children and they need to know it can be trusted. Over time, consistency and honesty develops respect and reinforces boundaries

Everybody makes mistakes and should be allowed a second chance. Giving children the opportunity to rectify their behaviour allows them to take responsibility for their actions from that point. They absolutely should face the natural consequences. However, if we give them a ‘get out’ it reinforces the message that mistakes are just lessons if we change our actions and move forward in a different way. For example, if you take a toy off a child because they hit someone with it, tell them that they can have it back in 5 minutes if they show you that they can use it nicely. By taking it away for the day, you take away the chance for the child to truly see the positive impact of changing their behaviour

Be mindful of a child’s age and their level of understanding. Make sure that the lesson you are trying to teach them is within their grasp and also make the consequence age-appropriate. Also, take note of a child’s intention. What seems obvious to us, may not be to them so they may have made a mistake without even realising it.

Finally, it is important for us as parents, practitioners and teachers to be self-aware and to ask ourselves if our response to a child’s behaviour is a) leading by example and b) teaching them the lesson that they need to learn in order to move forward in a different way. We want children to grow up to be empathic, balanced adults who know right from wrong. We also want them to be kind, to know their worth and to know their own mind so that they aren’t easily led. It is important for us to set strong boundaries. However, it is important that our own actions as we are doing this are instilling these values.

Delivering consequences over punishment takes time and patience because it is a deeper and more meaningful approach. It is easier to control a child than it is to delve into their behaviour, explain it and then give them the freedom to rectify it. They will probably challenge boundaries and make the wrong choices a few times before they learn the lessons we are trying to teach them. However, with consistency, love and empathy they will slowly learn cause and effect and will make the right choices due to an intrinsic desire to do the right thing. If we want children to take responsibility and to show love and empathy to others, we have to lead by example and teach them how to do this. It’s not a quick fix and it most definitely takes time. Let’s face it, we all know some adults who still haven’t perfected this skill! One thing I do know though, is that a person who feels empowered and loved, will be more driven to want to do the right thing towards the people around them, than someone who feels controlled and shamed. Consequences are not the easy option, but they are, by far, the most effective long-term.