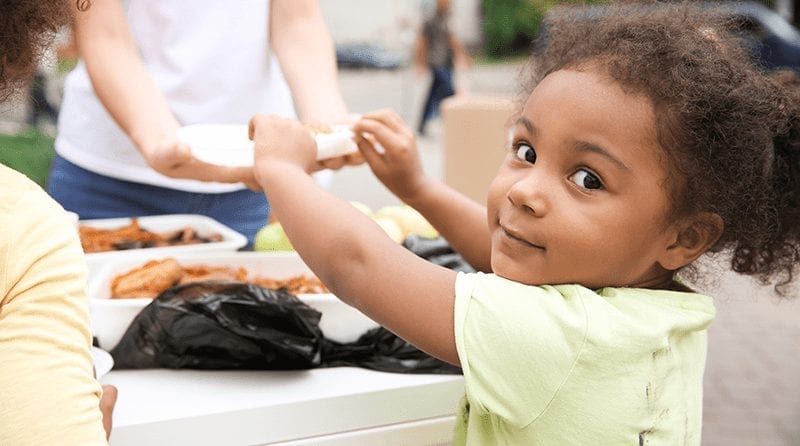 “You must not lose faith in humanity. Humanity is like an ocean, if a few drops of the ocean are dirty, the ocean does not become dirty.” - Mahatma Gandhi

What does it mean to be human?

Do we define our humanity by our DNA,reportedly 99.9% the same as other humans? Or do we define ourselves by the cultures and ethnicities we grow up in, aligning ourselves with those community values and beliefs?

Are we defined by being homo sapiens – the only surviving homo genus species, after the homo erectus line died out over 100,000 years ago.

Or does our humanity stem from something deeper – an innate desire to alleviate the suffering of others?

According to several dictionaries, the word ‘humanitarian’ means a person concerned with reducing suffering who seeks to
promote human welfare.

Many of us may not initially, define ourselves by the term, but that does not mean we are not taking on a humanitarian role in our own neighbourhoods and communities. You do not have to travel half-way around the world to promote humanitarian values. It could be donating a few tins to your local foodbank, calling a neighbour who may be unable to get out, or giving to charity. Anything that you do which helps others, without thought of what you might get in return, could be considered a humanitarian act. And on Wednesday August 19th, the world will come together to recognise and celebrate the difference that even a small humanitarian act can have on someone else’s wellbeing.

World Humanitarian Day takes place every year on the 19th of August – a day when in 2003, the Baghdad United Nations
headquarters was bombed, tragically killing 22 humanitarians. The UN set up the day to “raise awareness of the plight of civilians around the world who have become caught up in conflicts, and also to honour and raise support for the humanitarian workers who risk, and sometimes lose, their lives to help.”

There are many organisations which offer humanitarian aid in times of crisis. Arguably, their role has never been more vital as virtually every country in the world has now been affected by the current coronavirus pandemic, and their ability to respond and deal with the infection has varied with their wealth, resources and infrastructure, leaving some of the poorest countries at highest risk.

The United Nations Office for the Coordination of Humanitarian Affairs (OCHA) is responsible for bringing together a range of humanitarian groups, NGOs, charities and individuals to ensure a coherent response to emergencies.

When conflict or disaster hit, it is often the most vulnerable people who suffer the most, even when humanitarian aid comes in from many different areas. Often the problem is not the lack of aid but getting the aid to the people who need it, across dangerous or impassable terrains and through areas with unstable or fractured governments and poor infrastructures. OCHA works to overcome these obstacles providing leadership and coordination to mobilise assistance and resources, rather than providing actual aid itself, but this service is invaluable if lives are to be saved.

OCHA is guided by the humanitarian principles of humanity, neutrality, impartiality and independence, and it
recognises the role that diversity, trust, national and local ownership and gender equality play in all that it does. The
humanitarian path is one that helps regardless of race, colour, creed, or gender.

There are four main UN entities which have primary humanitarian roles. These are:

Current emergencies include war, famine, displacement of people, locust infestations and of course, coronavirus. According to projections from the UN World Food Programme, the number of acutely hungry people worldwide could nearly double from 135 million to 265 million as a result of Covid-19, and these are not all in foreign countries, the incidence of poverty in the UK is rising too.

Being a humanitarian is not difficult, it just means caring enough to do something about the suffering of others and every little act can make a difference to someone.

How to celebrate World Humanitarian Day in your setting

“Being human is given; but keeping our humanity is a choice”- Anon.

Let’s hope enough of us make the right choice!