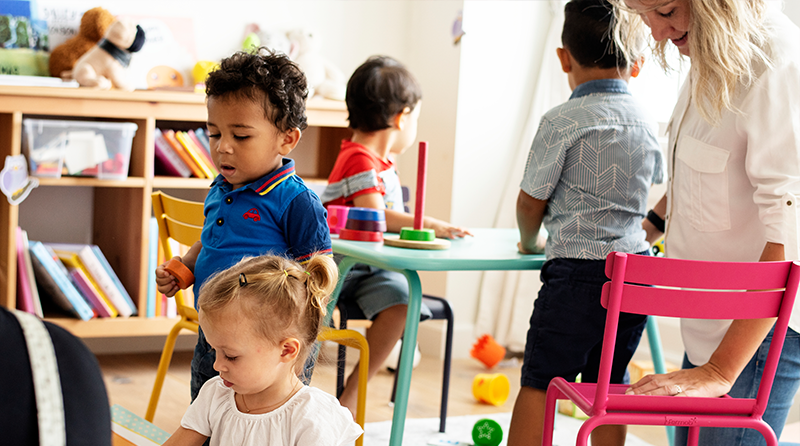 The boss of nursery chain Tops Day Nurseries has warned of a looming staffing crisis as the furlough scheme is set to end at the end of this month. She has been joined by other leading childcare providers from across the South in expressing concerns over a shortfall in pre-school practitioners brought about by years of under-funding and brought to crisis point by COVID-19.

Cheryl Hadland reiterated her concerns following a survey by the National Day Nurseries Association (NDNA) which revealed the level of ongoing dependence on the scheme as childcare numbers struggle to recover from the initial lockdown and parents have once again been urged by the government to work from home.

The research shows that 71% of staff working in early years settings were furloughed between March and August, with another 18% remaining on furlough between August and October. Approximately 4% of staff have been made redundant since the onset of the pandemic, but this number is expected to increase greatly without extended government support.

Speaking to the Portsmouth News, Cheryl said: ‘Six of our Hampshire nurseries remained open throughout the pandemic in order to support the local hospital and other key workers. But due to the government enforced restrictions and lack of demand for childcare our numbers were restricted and we did temporarily close three nurseries. We were asked to begin welcoming more children back from June 1 but not all children returned.

“Recent Department for Education figures show just 414,000 children were attending across the country – that’s around 25% of the usual number. Many of our parents have been made redundant, are self-isolating or working from home so the demand for childcare is not what it was earlier this year.

‘Without the support of extended furlough or any other government schemes to support the early years industry, it’s going to make things extremely difficult for us.”

The full story, as reported by The Portsmouth News can be found here.