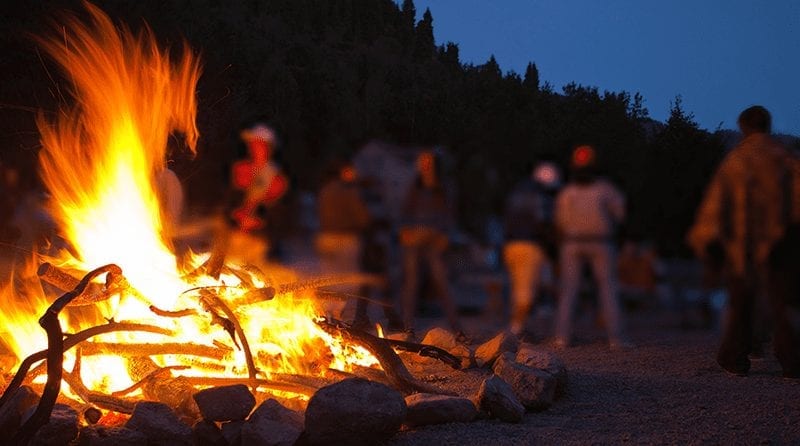 As the days get shorter, and with Halloween past, communities around the country finalise their preparations for a family event that has been celebrated in England for over 400 years – bonfire night! Autumn hedges are trimmed and carefully stacked into brightly burning bonfires, marshmallows are melted, and the cool November skies light up with fantastic fireworks.

Many of us know the famous nursery rhyme from our youth:

“Remember, remember the fifth of November
Gunpowder, treason and plot!
We see no reason
Why gunpowder treason
Should ever be forgot!”

There are other verses which differ around the country, with a few describing some quite gruesome penalties or punishments wished on the perpetrators by the 17th century population.

So what is all the fuss about, and why do we still celebrate bonfire night today?

The history… and beyond

If you look at the history of England, it is impossible to study many time periods without being confronted by the many conflicts, twists, turns and manipulations that have been caused by the animosity over the years between the Protestant and the Catholic Church. Ever since Henry VIII fell out with the Pope and the Catholic Church when they refused to allow Henry to divorce Catherine of Aragon and marry Anne Boleyn, centuries of our history have been defined by the struggle for supremacy of these two branches of the Christian religion. Finally in 1701, the English Parliament passed the Act of Settlement which meant that anyone who either was a Roman Catholic, or who married one, was disqualified from inheriting the English throne, a move which legalised the deposing of the descendants of Charles II and eventually the installation of the Hanoverians (Kings George I, II and III) on the throne of England.

So what of the gunpowder plot?

After the death of Queen Elizabeth I in 1603, the crown passed to James VI of Scotland as Elizabeth’s closest royal relative and a direct descendent of Henry VII. He became James I of England and united England and Scotland under one king. But dissension was rife in the country and many Catholics grew angry at the persecution they faced and supported opposing Catholic claimants to the throne. One group, led by Robert Catesby included a man named Guido (or Guy) Fawkes.

Catesby, Fawkes and their friends, annoyed at the treatment and discrimination the Catholics faced, plotted to blow up the Houses of Parliament when James I was visiting, ridding the country not only of its king, but, as they saw it, the corrupt Parliament of the day. They smuggled 36 barrels of gunpowder into the cellars beneath the Houses of Parliament and Fawkes was chosen to hide and light the fuse. However, one of the plotters sent a letter to his friend who was due to be in Parliament that day, warning him to stay away on November 5th. The letter was discovered, the cellars searched, and the treason was revealed. Unfortunately for the conspirators, the punishment for treason at the time was death and they were hanged, drawn and quartered, a particularly brutal death at the time.

The nation celebrated the failed plot and bonfires have been lit on the anniversary ever since. Some groups even build an effigy of Guy Fawkes, casting him on the bonfire as a warning to other treasonous plotters. And the anniversary has been marked to this day except for the WW1 and WW2 years.

In the UK, bonfire night is also often accompanied by firework displays with community groups organising lavish displays to raise money for charity. Lewes in East Sussex boasts no less than 7 bonfire organisations, and Brockham in Surrey is famous for their 25ft-high bonfire. The bonfires are often guarded around the clock by faithful volunteers eager to deter saboteurs in the run up to the celebrations.

Bonfire night in the era of COVID-19

With much of the country experiencing social restrictions, it is unlikely that there will be many official celebrations this year, but that does not mean that individually or as a setting, you can’t celebrate bonfire night in your own way – so here are some ideas to help you:

If you can’t have a real bonfire, why not download some videos of them to play on your TV or laptop? There are some great ones on YouTube here, which you can set to play for hours, choosing backgrounds of lakes, rivers and forest scenes.

Create a ‘bonfire’ by painting pictures of flames and placing them on the ground in your setting. Handprints are great for depicting flickering flames so don’t be afraid to get messy! You could then get the children to dance and sing around the pretend ‘bonfire’. Extend it by getting them to pretend to be the flames, dancing or moving like flames or imitating the sounds of the crackling blaze.

You can still toast marshmallows and have some favourite bonfire treats such as jacket potatoes and toffee apples.

Create some ‘safety sparklers’ for toddlers since it is not recommended to give sparklers to under 5s. Use a paper straw and glue some thin strips of red, orange and yellow crepe paper on the end to represent flames. That way the children can wave around their new sparklers safely.

Create a firework mural by using a large piece of wallpaper and getting the children to make marks like fireworks. Encourage them to think about the shapes that fireworks make, so think circles, fans and squiggles.

For information on how to stay safe on bonfire night, visit the ROSPA bonfire night page here. You can download a resource and information pack to help keep you and your loved ones safe. Remember that some young children are scared by loud noises and flashes so think about using soothing music, ear defenders or dark glasses too.

And don’t forget your pets! Many domestic animals are frightened by the flashes and bangs of firework night, so keep pets indoors or move them to a garage or safe area for a few days and try to soundproof any cages for rabbits and small animals by covering them with old towels or blankets.