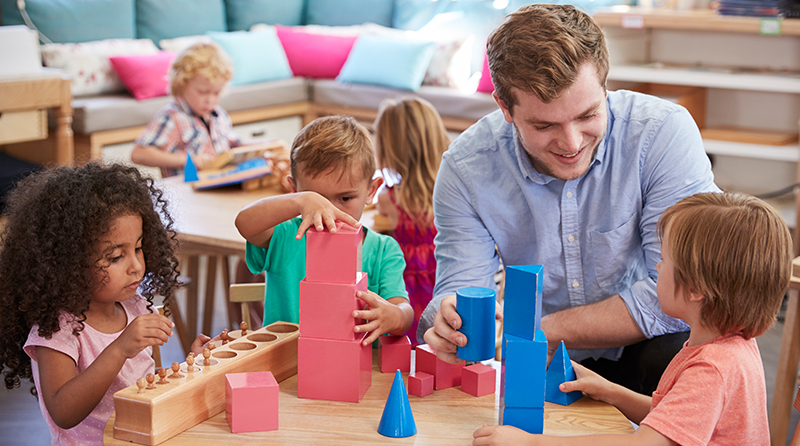 Early years childcare funding will be distributed based on 2019’s attendance figures, to avoid punishing schools and other providers that saw a “small fraction” of normal attendance because of Covid-19.

In a report for Telford and Wrekin’s Schools Forum, Group Accountant Tim Davis explains that the funding, given by the local authority to the childcare provider, is usually based on a headcount of eligible children, but the Department for Education is recommending January 2020 figures be used next year because the coronavirus may still be depressing attendance next spring.

Mr Davis writes: “Local authorities are usually funded for early years provision based on numbers of children attending the settings using the free entitlements at the January census.

“The January census is used as it represents the middle census in the academic year and thus tends to have an average number of children attending, given that each term a further cohort of children turn three and thus become eligible for the free entitlement.”

He says the funding for each financial year is usually based on a combination two years’ January figures. For example, the 2020-21 total would be based on January 2020 and January 2021.

“However,” Mr Davis adds, “because there is a possibility attendance at settings in January 2021 will still be lower than usual due to Covid-19, the DfE will, this year, fund the autumn term using January 2020 census numbers.”

He adds that, in the 2020 summer term, funding was distributed on the basis of estimated eligible child numbers, “given that, in most cases, the numbers of children attending were a small fraction of normal numbers”.

DfE guidance says, “for the autumn term, local authorities should continue “at broadly the levels they would have expected to see had there been no coronavirus outbreak”.

Mr Davis adds that the DfE has yet to confirm arrangements for the spring.

The default would be to return to the previous system, but “the DfE’s final decision will, presumably, be based on the national situation and the degree to which normal attendance is taking place”.

The government has confirmed that it is planning to go back to basing funding levels on actual attendance numbers as of January 2021, though this remains under review.

The Early Years Alliance, as part of its ongoing lobbying and campaign work, would like to gain a more detailed understanding of what impact this planned change would have on registered early years providers and have produced a brief survey on this issue. Here is the link.