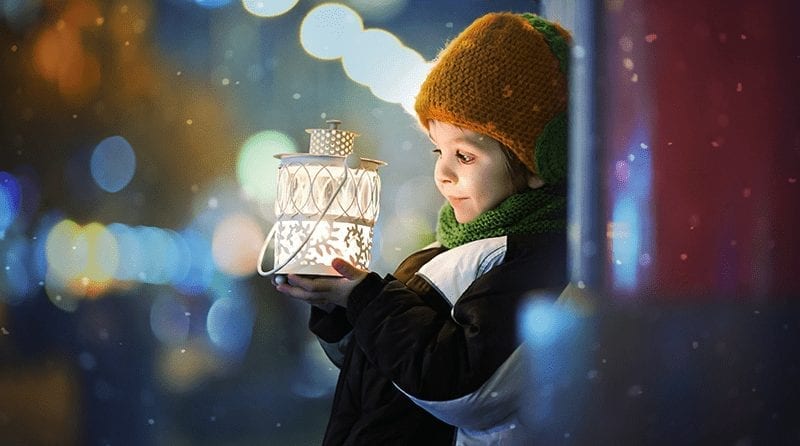 Winter Solstice falls on December 21st, 2020 marking the shortest day of the year in the northern hemisphere and corresponding with the Summer Solstice or the longest day of the year in the southern hemisphere. Of course, the actual length of the 21st December is exactly the same in both hemispheres, but we are referring to the number of hours of ‘daylight’ rather than the number of hours in the day. In the UK, the sun is at its lowest point in the sky and will be seen for just over 6 hours and 35 minutes in Inverness, and a few more precious minutes the further south you head. It marks the time when the North Pole is tilted at its furthest point from the sun, which will be at 10.02am.

Since the solstice is an astronomical event rather than a calendar event, the exact day and time of the solstice varies slightly from year to year, but it generally falls between the 21st and 23rd December.

People have been celebrating Winter Solstice for thousands of years, and in the Pagan religion, it forms one of the 8 main festivals, known as Yule, or the rebirth. At the end of the longest night, the sun is promised to return, bringing back the light, hope and promise of life. It has also been celebrated as a turning point in the year by many cultures around the world including those in China, Iran, Peru, Japan and New Mexico to name but a few.

Stonehenge on Salisbury Plain, Newgrange in Ireland and Machu Picchu in Peru and just 3 ancient places which are thought to be built with astronomical principles in mind as the placement of the stones and the entrances are aligned to the sun’s position on the Winter and Summer Solstices.

How to celebrate Winter Solstice in your setting

There are lots of fun things to do to celebrate Winter Solstice and we’ve listed a few to get you started.

Wreaths were traditional Yule decorations long before commercial Christmas wreaths and were made using evergreen leaves and branches from different trees believed to have healing or protective powers. You can choose from things like pine (healing and joy), mistletoe (healing and protection), ivy (resurrection and rebirth), yew (regeneration) and holly (protection and everlasting life energy). You can also decorate your setting by draping pieces of evergreens around doorways and on the walls. If you don’t want to use actual pieces of greenery, you can make some using green paper/card to represent the different shrubs.

The Yule tree was also a tradition long before Prince Albert popularised the Christmas tree for the masses in the 1800s. They represented life in the depths of mid-winter and were often thought to house wood spirits. People brought them into their houses for good luck (giving a place for the wood spirits to keep warm for the winter) and decorated them with food and treats for the spirits too.

Winter Solstice celebrates the return of the light and candles were traditionally burnt to bring ‘back the light’ and remind people that the sun would return. We don’t recommend burning real candles in your setting for obvious reasons, but you could create a display of images and pictures if the children draw some or make some craft-candles by rolling up different pieces of coloured paper. You can also make paper lanterns similar to Chinese lanterns using some pieces of coloured paper to create a colourful, light-inspired display.

Celebrate with a circle or sun dance

The Zuni native Americans celebrate Winter Solstice as the beginning of their year with a ceremonial dance called Shalako. It a very spiritual ceremony lasting for a number of days to give thanks, ask for blessing from the gods, and celebrate the sun returning. Other cultures around the world celebrate with other dances, such as the circle dances of English folk dancing. You can lead the children in a traditional circle dance, getting them to hold on to piece of coloured ribbon (as opposed to hands) and dance around a pretend bonfire or the Yule tree. The circle represents togetherness and can also represent the returning sun.

As a midwinter feast, Yule has its fair share of goodies to tuck into including a chocolate Yule log, plum pudding, and wassail, a traditional apple cider drink. Although wassail traditionally contains alcohol so is not suitable for children, there are non-alcoholic versions you can make too which are quick and easy and contain fruit so are a great way to increase your children’s fruit and vegetable intake. There are some delicious Yule recipes here or a quick search on the internet will bring up many other wonderful winter warmers.

If you don’t have the facilities to make a real chocolate Yule log, why not make a craft one using the inside of a kitchen roll and some imagination? You can also make some Yule cards, a model of Stonehenge or its equivalent in card, building blocks or paper or anything else you can think of.

Winter Solstice celebrates a connection with the natural world, so remember your local nature and make your own bird feeders using nuts, seeds, dried fruit and fat. You can even make them out of cleaned out recycling objects such as old plastic bottles, unused building blocks and old cups and saucers. There are some great ideas here with plenty of different suggestions to keep everyone happy. Remember to put out water for birds in winter too and to break the ice on frozen water to help other wildlife.

We hope you enjoy celebrating Winter Solstice in your setting. Remember to send your photos to us at hello@parenta.com.

For some more ideas see: