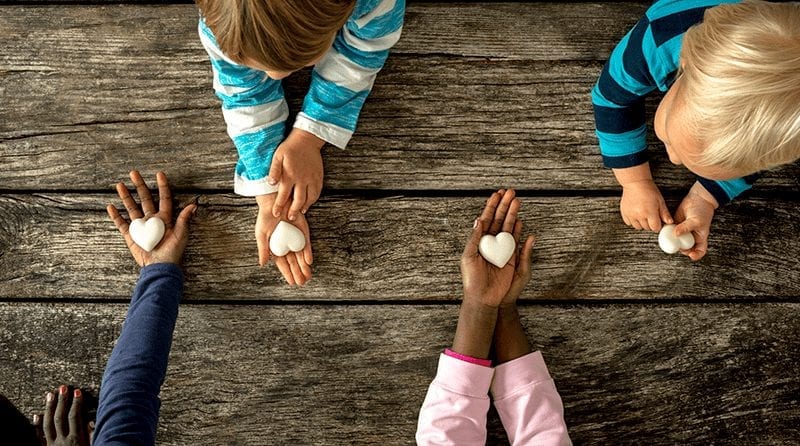 What do you consider to be the most important words ever written? Are they in the Bible, the Quran, the Torah, The Vedas or other holy book? Or are they the words used in your marriage service, at a family member’s funeral, or those in your passport, allowing you to travel to foreign places under the protection of your home nation?

Everyone will have their own answer to that question, but have you considered how the following words might be considered as the most important words for ALL people?

“All human beings are born free and equal in dignity and rights. They are endowed with reason and conscience and should act towards one another in a spirit of brotherhood.”

These are the words from Article 1 of the Universal Declaration of Human Rights, a document written in 1948 which sets out “the fundamental rights and freedoms inherent to all human beings without distinction of race, colour, gender, language, religion, political or other opinion, national or social origin, property, birth or any other status.”

In other words, it helps define a set of principles for how human beings should treat other human beings and is the basis for human rights law. At the end of the Second World War, the nations of the world came together to try to ensure peace and security across the globe and with the atrocities of memories of two world wars behind them, they established the international organisation of the United Nations as mechanism for governments to “find areas of agreement and solve problems together.” Various committees and councils were formed, one of which looked at the issue of human rights and The Universal Declaration of Human Rights was born out of their collaborations. It was adopted by the United Nations General Assembly, made up of representatives from different Member States around the globe, on 10th December 1948. And whilst it is not a legally binding document, it has inspired more than 60 other human rights agreements, accords and legislation. It was drafted by eight men and one woman, Eleanor Roosevelt, former First Lady of the USA, who chaired the first Human Rights Committee and it has been translated into more than 500 languages, making it the most translated document in the world.

One of the challenges in explaining human rights to younger children is how do you do so without scaring them about the world they live in? Human history is unfortunately full of cases of human rights abuses perpetrated by humans on other humans and there are still many instances of inhuman degradation and abuse occurring every minute of every day. But we do not need to linger on this in order to make the point. You can start by looking at a simple topic, such as where our food comes from, or how different people live around the world, or what education is like in other countries and you will soon be able to explain that things are not yet equal for everyone around the world. Some of these differences are due to varying culture and are celebrated (like national foods such as pasta, curry and croissants). Other differences are due to inequalities, and that’s where organisations like the United Nations are trying to make the world a fairer place for everyone by highlighting the inequality and encouraging governments to tackle it.

There are now 193 Member States of the United Nations, and each year they celebrate December 10th as Human Rights Day. This year, the theme is “Recover Better – Stand Up for Human Rights” which obviously relates to the COVID-19 pandemic. The theme aims to make
human rights central to all recovery efforts and to tackle “entrenched, systematic and intergenerational inequalities, exclusions and discrimination”.

The pandemic has wrecked lives across the world, not just in exacting a heavy death toll, but also by affecting the economies, health systems, people’s mental health and the way of live of communities across the world. And as is often the case, it is the poorest, least educated, and least represented people who suffer the most. By using the Universal Declaration of Human Rights as a standard to work to, we can work together to build a fairer, more just world.

So in 2020, the UN is focusing on 4 basic ideas to lead the pandemic recovery process:

Ways to celebrate Human Rights Day in your setting

As ever, remember to send us your photos too.