The impact of self-reflection in early years 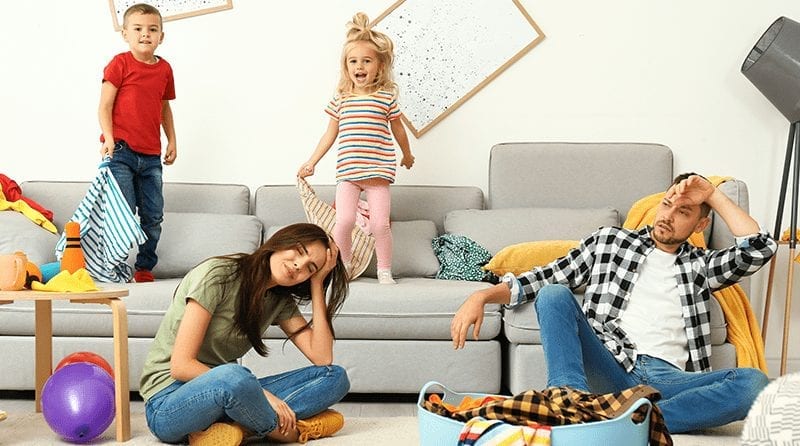 Like many parents (and practitioners) there are times when things go smoothly with my children and then there are other times when I honestly feel like I’m wading through mud. It’s like we go in cycles of things going really well for so long and then all of a sudden everything feels like a battle. At these difficult times, our instinct can be to judge children’s behaviour as unacceptable and to adopt new strategies to ‘fix’ it. However, in my opinion, it is at these exact moments that we need to view their behaviour as a symptom of a deeper issue.

For me, I have an ‘inside-out’ approach to life. If something isn’t working, I believe I need to look at myself first instead of pointing the finger at anyone else. Through challenging situations, as hard as they can be, there are always lessons to learn if we look for them. If someone is taking advantage of me, the lesson might be that I need to learn to say ‘no’ more and have stronger boundaries. If someone makes me feel inadequate, the lesson might be that I need to build my own self-worth and look intrinsically for validation, rather than getting it from others. If someone is getting frustrated with me, the lesson might be that I actually need to communicate more effectively. Now this approach to life doesn’t mean that I take responsibility for someone’s else’s bad behaviour. It simply means that I look to see what the situation is teaching me about myself so that I can move forward in a different way and hopefully avoid the same thing happening again.

I also use this ‘inside out’ approach with my parenting and teaching. If a child is displaying challenging behaviour, rather than just looking at their actions and deeming it as ‘bad’, I would try to gain an understanding of why they are feeling or acting this way. I would also dig deep and ask myself honestly if there are any external factors (such as my own behaviour or actions) that might be contributing to the situation.

An example of this was when afternoons with my children became stressful and hard work. They were arguing constantly, whining and generally being quite defiant. In moments like this it is easy to fall into the trap of seeing their behaviour as the problem. However, it’s important to remember that this is merely a symptom of a deeper-rooted issue and as a parent (or practitioner) I believe it is our responsibility to see the bigger picture and then provide everyone (including ourselves) with an opportunity to learn and grow.

On the surface, it looked like my children were just acting up. However, when I did some self-reflection, I realised that wasn’t the case. As much as I was with my children in an afternoon, I had become distracted. I had a lot going on with my business, Early Years Story Box, and had lots of deadlines looming so my head was in a spin. When I looked at things closely, I realised that even though I was with my children, I wasn’t actually being present. My thoughts were focused on my to-do list and I was trying to multi-task, rather than giving them my full attention. As hard as it was to admit that my own behaviour was the problem, it was necessary for things to get better. Sure enough, as soon as I left my work at the door and gave them my full attention, the bickering and meltdowns reduced and peace was restored. Like many people, I was on autopilot juggling a million things. However, by digging deep and looking inwardly, rather than looking outwardly at their behaviour, we not only solved the problem, but we deepened our connection in the process.

Another example of behaviour being a symptom of a deeper issue was on my daughter’s birthday. I’d arranged for her friend to come over in the morning to play for a bit before we went out. Everyone was excited and we thought this would be a lovely start to her day. As soon as her friend arrived, my little girl became unhappy and refused to let her play with her new toys. It was an awful situation and one that if I’m honest I didn’t really know how to navigate. I felt bad for her friend because she’d done nothing wrong and my instant reaction was to feel upset that my daughter had been mean. However, once I stepped back, I could see exactly why this had happened and how I could have done things differently.

My daughter had got a new toy that she had been wanting for ages. She hadn’t been playing with it long before her friend arrived and wanted to play with it too. Now this doesn’t seem like a big deal, but if we put ourselves in her shoes, I think we would feel the same. Whenever I am faced with conflict, I always try to see things from the other person’s point of view and think of a comparative situation relating to my own life. Her desire and excitement about her new toy was equal to the feeling I had when I was getting my new MacBook Pro. I had wanted it for ages so when it arrived it was the best feeling ever. If at that point my friend came up to me and said she wanted to use it too, I most certainly would say that I wanted to use it properly myself before I let anyone else get their hands on it! When we get something new, it is human nature to feel more protective of it because we almost need to establish our own possession of something before we share it with anyone else.

After this realisation, my daughter’s irrational behaviour made perfect sense. With hindsight, I should have given her time in the morning to explore her new things before inviting her friend over. We have since talked calmly about how she spoke to her friend and how this made her feel sad. However, by acknowledging that I understood why she reacted the way she did, it made her feel safe and heard, which in turn meant that she too could learn her own lesson through this about communication and kindness.

Once we know better, we do better. It isn’t about blame and reproach, but about growing and developing. Looking inwardly isn’t always easy, but the only thing we can control in life is our own behaviour and reactions. If we strive to be the best version of ourselves, take responsibility for the part that we play and treat people with kindness and compassion we won’t go far wrong. We will always make mistakes because we are human. However, if we view our mistakes as lessons and learn as we go, we will always wake up the next day better than we were the day before.