Music and the brain: How music helps us learn 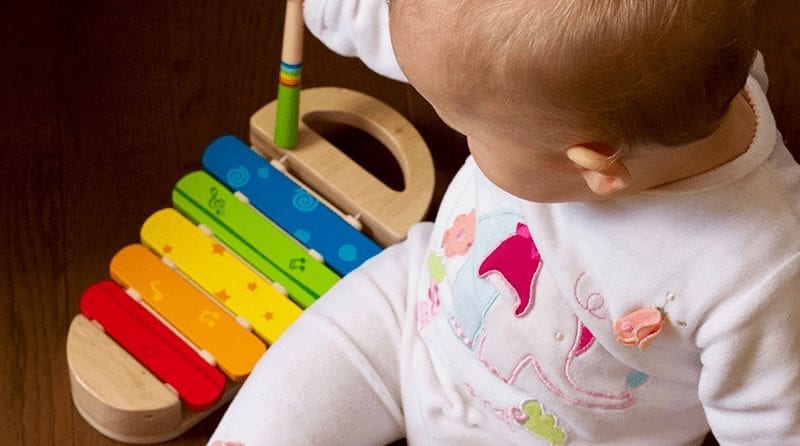 Why has music survived as long as it has?

For the longest time, science has asked this question – why is music still a part of our lives today? Since the beginning of time, people have recorded their everyday activities: from the Egyptian hieroglyphics to writings on parchments and scrolls. There is evidence that people hunted, cooked, ate, procreated, clothed themselves, travelled, lived in dwellings, and interacted socially. Science has argued that all of these activities were essential because they supported our most basic need, as a species, to stay alive. But one other activity that we have in common with our ancestors is creating music. Up to now, scientists have not found an explanation for it.

In the past, the only way to find out what was going on inside someone was by literally cutting them open – which either killed them or meant that they had died. But in the last century, new technologies have allowed us to see what has happened to bones through x-rays. Now we can see what is happening inside the brain through magnetic, electrical and computerised scans, e.g. MRI (Magnetic Resonance Imaging), PET (Positron Emission Tomography), CT (Computerised Tomography) and EEG (Electroencephalogram). While these scans cannot read our minds, they can identify illnesses to doctors. One scan that measures blood flow in the brain has been linked to specific activity. For a while, we have known that when people play music, every part of the brain has been shown to “light up” or increase blood flow – now we are beginning to explore what that means.

For the past 20 years, more and more researchers have been looking into the academic benefits of music – can music improve our ability to learn? So far, scientists can confirm that the same areas of the brain are used in both music and language (Sammler & Elmer, 2020). The reason that we still use language is quite clear: it helps us to work

co-operatively, ensuring that we continue our species. Since language and music use similar brain areas, like musical expression and speech expression, it seems as though these skills may have developed at the same time. Scientists are now using this similarity as a starting point to try to understand why people of all cultures, races, ages and genders continue to perform and listen to music.

As of 2020, there are two big questions that scientists are asking about music and the brain:

How do we know there is a beat?

The first question has interesting educational implications. There is evidence that people that can match a beat can also hear the rhythm or beat in speech. People who can hear this rhythm have been found to have higher level language skills. People that struggle to match a beat with music are often also unable to keep a beat in silence (Lagrois et al., 2019), and there have been suggestions of this being linked to dyslexia (Boll-Avetisyan et al., 2020). If this is so, then developmental language disorders may be due to not recognising the differences in prosody (intonation, tone, stress, rhythm) and syntax (rules of word order) in rhythmic children’s stories (Myers et al., 2019).

What does this mean for education?

The strongest way to train the brain to match rhythm was found to be using phonemes, syllables and phrases in songs and poems – crucial for normal language development. And to improve these, researchers recommend increasing the time allocated, and strengthening rhythmic abilities. Rhymes and poems that are helpful include “Engine Engine Number Nine”, “Apples Peaches Pears Plums”, “To Market To Market* – in fact, most children’s songs can be used as rhymes first and songs later. Chanting rhymes together can even create a united feeling, like being in a choir; building and strengthening social bonds. It has been found that six months of music training significantly improved the subconscious awareness of speech rhythms in nursery children with dyslexia, as opposed to six months of painting (Frey et al., 2019).

How does sound make us move?

The second question relates to strengthening rhythmic abilities. Researchers looked for links between perception and production (Daikoku, 2018), finding that the listening environment (whether listening to a song or speech) influenced the way listeners anticipated breaks in phrases. Another study explored how we learn to anticipate the beat, finding that repetition of actions led to anticipation and expectation (Mathias et al., 2019). The reason for mis-matching was explained as competing attentional resources (Lee et al., 2019) and reduced working memory (Christiner & Reiterer, 2018).

What does this mean for education?

In order to strengthen rhythmic abilities, repetition is key – we learn to anticipate what will happen by repeating experience. In music teaching, this means singing songs and chanting rhymes where we tap our partners knees or feet while they tap ours, helping them to feel the beat and learn to match the beat. In order to strengthen attention, we can create opportunities and time to focus on personal interests. Musical activities in strengthening working memory include songs that are cumulative (“Green Grass”, “Over In The Meadow”) or sequential (“Alice the Camel”, “Ants Go Marching”, “Ten Green Bottles*), using visual cues (pictures) as well as actions or movement. These are all key to strengthening rhythmic abilities.

With young children, music is often used as a distraction, behaviour management tool, supporting activity transitions and meeting curricula requirements. Gradually evidence is being found to confirm that activities like chants and rhymes, poems and songs, can all work to improve not only general soft skills, but also academic skills like language development, and specifically, language developmental delay. Although early days, this is encouraging news for those caring and supporting children in the early years.

* Songs and chants mentioned can be found online or the YouTube Musicaliti channel.