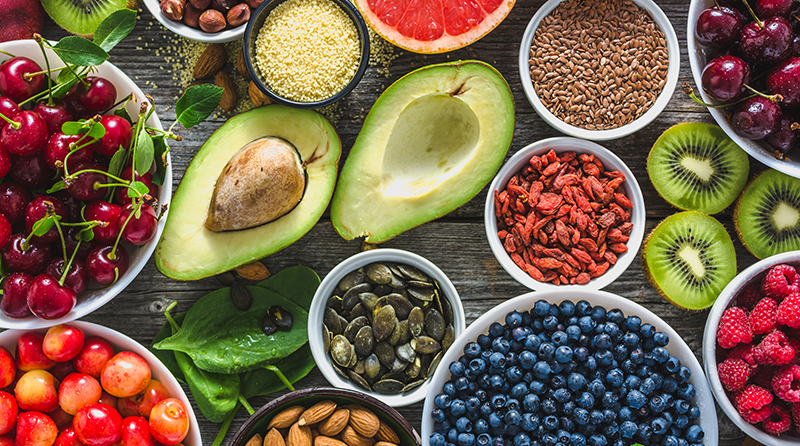 What do Paul McCartney, Joaquin Phoenix and Chris Packham have in common?

No, they are not doing a musical wildlife documentary remake of “Gladiator”, but they are all ambassadors for this month’s Veganuary campaign which aims to help people make the switch into veganism by starting off with a vegan month - January.

After the excesses that many of us indulge in at Christmas, (and let’s face it, 2020 was a difficult year and we deserved a few treats), January is often a time when people take stock of their lives and make New Year resolutions, often beginning with a drive to get fitter and healthier. Veganuary fits well into this personal drive for change, and increasingly, it is being understood that changes to people’s personal diets, can have a wider impact on the health of our planet too.

Veganuary is a not-for-profit organisation which encourages people to be vegan for January, and hopefully, longer. They promote a move to “a plant-based diet as a way of protecting the environment, preventing animal suffering, and improving the health of millions of people.” In 2020, there were over 400,000 pledges from people keen to try a vegan diet, and since 2014, more than one million people, in 192 countries have supported the cause.

The organisation also organises awareness-raising events throughout the year and is instrumental in increasing the amount of vegan options on the supermarket shelves and restaurant menus.

Who is it for?

There are four main aims:

The benefits of a vegan diet

There are many anecdotal reports in the press, on health blogs and in bookshops of the improvements in health that can be achieved through a plant-based diet and people often say they feel better and healthier if they switch to a vegetarian or vegan diet. There is also a lot of research too. Healthline.com summarises 16 randomised, controlled trials which looked at the impact and benefits of a vegan diet on a variety of factors, and whilst each trial should be viewed in detail for the participants and their starting characteristics before extrapolating any information, these studies reported a whole host of benefits including:

The benefits to the planet

Some years ago, the mainstream media might have been accused of side-lining or not taking seriously, some of the arguments that people made about the benefits of plant-based diets for the planet. But as climate change hits the headlines more and more frequently, we are now seeing an increase in campaigns and adverts which link climate change and global warming directly to intensive farming practices, deforestation and meat production.

Veganuary is making a difference though, and Dr Helen Harwatt from Harvard University’s Animal Law and Policy program has conducted research into the impact that Veganuary has had since 2014. The figures are impressive, including:

Whether you want to go vegan for yourself, your family, your setting or the planet, the Veganuary website is full of useful information and advice. You can sign up to their 31-day pledge as an individual or a workplace, and they are aiming to beat last year’s record and get half a million people to sign up in 2021. There are vegan recipes from all over the world and interestingly, there’s an emphasis on what you can eat as a vegan, rather than what you can’t. For example, the site points out that many of our most basic go-to foods are all naturally vegan anyway: such as most bread, pulses, fruits and vegetables, jams and marmalades, baked beans, dried pasta, rice, oven chips, breakfast cereals, porridge, pickles, jacket potatoes, tea, coffee and fruit juices to name but a few. When you look at it like this, there are a myriad of foods to choose from. And if you look at the recipes on the website, things such as smoky mac ‘n’ cheese, (yes, made without cheese), coronation chickpea sandwich, plantain flatbread and tarka dal, it won’t be long before your mouth starts to water.

We’d love to know how you get on, so send us your pictures and stories to hello@parenta.com.