How can music support physical activity and fundamental movement skills in the early years? 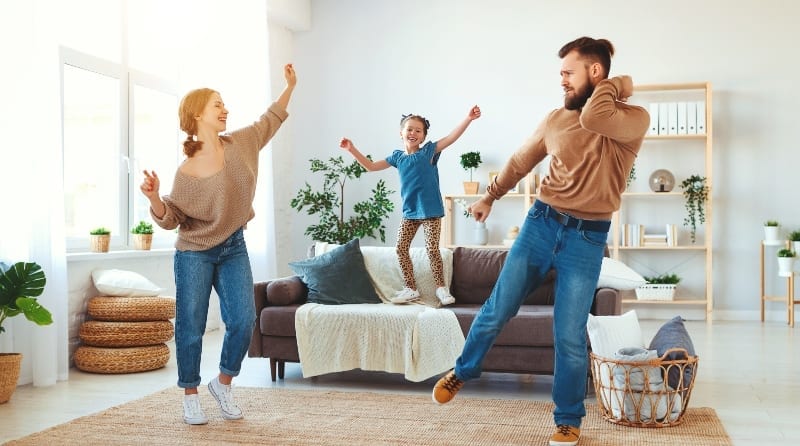 As society progresses, more activities are moving online. As a result, physical activity is becoming a hot topic for all ages, and even more so during times of restriction like lockdown. Long gone are the days for most families where children were turfed out of the house in the morning, only to be seen again once the streetlights came on in the evening. The increase in the population, ability to travel, and speed of information sharing have changed not only the way we now parent, but have also changed the types of skills that children may have been expected to develop outside of education settings, specifically, fundamental movement skills during physical activity.

Fundamental movement skills are defined as gross motor skills involving different body parts (Broomfield, 2011). These skills are not acquired automatically but are developed through explorative play. Musical activity is a form of play that is not only enjoyable but non-competitive, allowing for free, non-judgemental exploration. The importance of developing these skills is that not only do children become more confident in physical activity including games and sports, but they are also more likely to maintain physical activity for life. The benefits of physical activity for life are far-ranging, including: improved lung capacity, improved heart health, increased cognition, reduced stress, reduced mental health conditions, reduced risk of injury.

Early years is the perfect time to introduce a love for movement. Stodden et al (2008) proposed that the better we think we perform, the more likely we are to stick at it. It has also been found that engaging in activities earlier in life increases the likelihood of returning to them later in life. Certainly, this has been found to be true from adolescence: if we were not good at sport, or did not think we were good, or especially if we had not played a particular sport by adolescence, it would be unlikely that we would give it a go as an adult.

However, a recent study by He et al (2021) considered the relationship of perceived ability in pre-school-aged children (3-4 years) in Hong Kong. Approximately 150 children were given accelerometers, devices that measured physical activity, over 5 days each, and then tested for their ability to perform familiar fundamental movement skills. Interestingly, the study showed that pre-school children had unrealistically high perceptions of their movement abilities due to immature cognitive abilities, so we’re not influenced at all by perceived ability. In fact, researchers found that children were more likely to engage in physical activity if they had more experience in fundamental movement skills. There are clearly additional differences that need to be accounted for including different cultural expectations, physical play opportunities, academic-focused ideals. However, the principle of increasing movement from the earliest years in a UK context is to be welcomed.

Fundamental movement skills can be split into body management skills, locomotor skills, and object control skills. The song suggestions below not only create opportunities to introduce children to the physical activity skills but do so in a musical way that will develop singing accuracy as well as the ability to recognise and match external rhythms.

What Shall We Do When We All Go Out?

Let’s all play on the see-saw
(bend knees up and down)
The see saw, the see-saw …

Let’s all swing on the swings
(run forwards and backwards as if on a swing)
The swings, the swings …

Go Round The Mountain

Roll here, roll there
Roll the ball to Leicester Square

Kick to you, kick to me
Kick to friends and family

These singing games can involve real or imaginary objects, or even alternative objects, like using scarves as balls to throw, or lay down in a line to follow – or even as mountains in the middle of the room. The important part of the activity is not the reality of the objects but the experience. A wide range of early experiences in a safe environment is an incredible gift for young children, and more so if they cannot fail at them, only get better. This is because the brain actively looks for familiar similarities when approached by new situations. Similar experiences that involved positive emotions promote confidence in going forward. And the confidence to try something new is a valuable skill for life.

All songs found on Musicaliti’s account on Soundcloud and YouTube as part of the Learning With Music series.