Celebrating Easter around the world 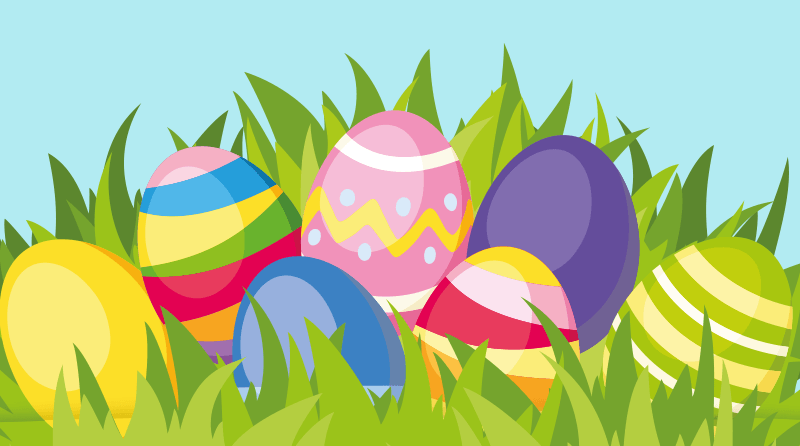 On April 4th, many countries and communities around the world will celebrate Easter Sunday, a day which serves as a reminder of the Christian belief in the death and resurrection of Jesus Christ nearly 2000 years ago. The date of Easter changes each year as it is linked to various religious dates and the phases of the moon. There are a number of days which are significant around Easter where Christians celebrate different traditions; Palm Sunday – celebrated as the day Jesus rode into Jerusalem on a donkey and named after the palm leaves that were said to have been laid on the ground before him. Next comes Good Friday, which marks the day that Jesus was crucified and died, his body being laid to rest in a cave belonging to Joseph of Arimathea. Many Christian communities commemorate Good Friday by holding processions, often following a cross or a coffin to represent Jesus’s death. Easter Saturday is part of Easter but does not hold a major religious significance but on Easter Sunday, Christians celebrate the resurrection of Jesus by going to church, sending cards, exchanging Easter eggs and meeting friends and family. They believe that Jesus was resurrected, and this signifies a new beginning, new life and new hope for the world. Easter Sunday is the traditional day on which the Easter Bunny delivers Easter eggs to children, another tradition marking both the new life expected in the coming spring (in the Northern hemisphere) and the circle of life. Easter Monday is then the fourth day in the Easter weekend and in the UK, is a bank holiday, as is Good Friday.

So how does the rest of the world celebrate Easter? Read on to discover some interesting and potentially surprising Easter customs and traditions.

On Easter Sunday in Australia, children receive chocolate Easter eggs and chocolate ‘bilbies’ instead of the traditional chocolate rabbit. Bilbies or rabbit-eared bandicoots, are nocturnal marsupials with long pointed ears like rabbits, but are preferred in Australia because rabbits are viewed as pests so don’t have the same cute appeal that they do in Western countries.

In Germany, Easter Sunday is known as ‘Family Day’ and it’s traditional to burn your Christmas tree on an Easter fire reminding Germans that winter is over and spring is coming. A lot of Germans also decorate an Easter tree either inside or outside their house using real hard-boiled eggs, painted in bright colours.

In Russia during the 1800s, the tradition of decorating eggs became fashionable and a jeweller and goldsmith called Peter Fabergé was commissioned to create Easter egg masterpieces for the Tsar and other Russian nobles. Some of the eggs took a year to create because they were so intricate and decorated with precious metals and stones. Needless to say, they also cost a pretty penny too!!

Eggs in Greece are painted red to represent the blood of Jesus and when friends meet up, they often tap their eggs together saying “Christos anesti” which means “Christ is risen”. Other countries often practice egg tapping too and it is sometimes called egg fighting, egg pacquering or egg jarping! In Marksville, Louisiana, USA, there is an official egg tapping competition each year and the winners have to prove their eggs are genuine by eating them at the end of the competition.

In the French town of Bessières, they use their eggs differently, making an omelette at Easter – but it includes about 15,000 eggs and is cooked in a pan which is over 4 metres in diameter. Other European countries and the USA enjoy eating a traditional hot cross bun made with dried fruit and spices decorated with a white cross to represent the crucifixion.

Another American tradition is the annual Easter egg roll on the lawn of the White House. It was first held in 1878 when President Rutherford B Hayes organised the event after meeting some children on his daily walk. Nowadays, it’s the job of the First Lady and is usually held on Easter Monday.

A lot of European countries celebrate Easter with a Passion Play, in which they present the life and death of Jesus as a play. This tradition dates back to medieval times when the Catholic church used the play format to educate people about Christ in an accessible and entertaining way. The plays are usually a promenade performance in which the actors and audience move from space to space around a town. One particularly famous version is held in Oberammergau, Germany every ten years, with the next presentation due in 2022. Legend has it that during a plague at the start of the 1600s, the town vowed to perform a Passion Play every decade if God would spare the town. After the death rate decreased following the performance, it’s been a tradition there ever since.

In Bermuda, the celebrations are higher, quite literally - people fly colourful homemade kites on Good Friday to represent Jesus rising up from the grave and eventually ascending into heaven 40 days after Easter - a time known as ‘the ascension’.

If you’re up for something a little wilder (and wetter), then in Hungary, Ukraine, the Czech Republic or Poland, there is a tradition called the ‘Watering of the girls’ or ‘Dousing Day’. Dressed in traditional costumes, girls run down the street and boys throw buckets of water over them in a ‘cleansing’ and fertility ritual. They boys are then ‘rewarded’ by being given Easter eggs, flowers and coins by the girls but in some countries, this tradition has evolved into a massive community water fight!

And if that’s not enough, in Florence, Italy, the town council pack a cart full of fireworks and drag it through the streets before setting them off outside the cathedral in an event known as ‘Scoppio del Carro” – literally the “explosion of the cart!”

So whether you’ll be having an egg hunt, an egg/water fight, a sombre Passion Play, a giant omelette or flying a kite this Easter weekend, let us know by sending your pictures to hello@parenta.com and whatever you do, have fun!