Music and Understanding the World in the early years: people, cultures and communities 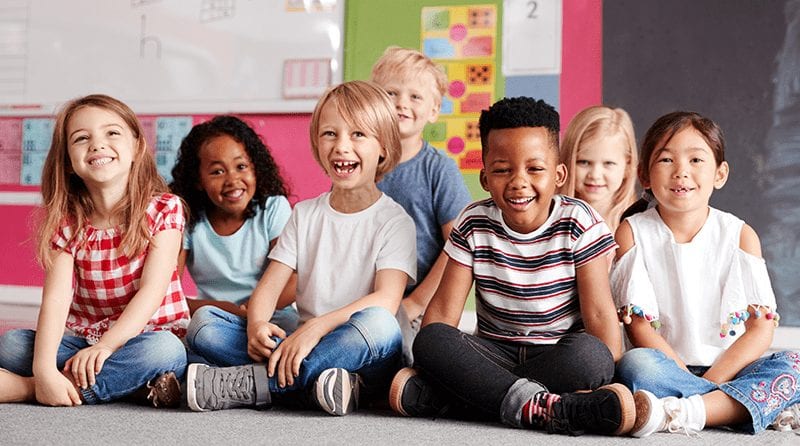 This area of the early years curriculum involves children describing their environment using stories, non-fiction books and maps. Most religious and cultural celebrations can be introduced and shared at the appropriate time of year, like Chinese New Year in January/February, Passover in March/April and Diwali in October/November. This article considers the ways that children are viewed in different countries, the importance of people, culture and community, and how this can be shared through music!

Childcare has always existed, but government requirements to measure achievement is fairly new. Measured achievement has resulted in professionals arguing the benefits of early pre-school experience, however studies have shown that out-of-home learning benefits children’s future economic potential, women’s employment, and the national economy. As a result, many governments have legislated a national curriculum, with some requiring it to be measured in order to justify the allocation of public funds.

Different countries have used a wide variety of approaches to measure education outcomes. Papatheodorou (2010) argues that this is based on the way that policymakers have viewed the child within society: either for the value they hold as a person in their community or for the future (economic) value they will bring to the nation. She considered four different national approaches using Italy, New Zealand, UK and Greece. While all countries focused on a play-based, developmentally-appropriate and culturally-appropriate approach, she found that some practitioners felt caught between the policymakers’ view of the child as economically viable in the future, and the academics and researchers view of the child as well-rounded.

The Italian Reggio Emilia approach developed from the people to combat fascism through co-operative activities, relationships and co-responsibility. With no prescribed content, the way that children are taught reflects values of the community and its historical roots, while investing in creativity and imagination. There is no individual child assessment as projects are long term, promoting curiosity and problem-solving skills. Early years practitioners develop work based on the principles of the child already belonging to their local community, and where their future value develops through community participation.

Te Whãriki is the Aotearoa/New Zealand bicultural early years curriculum, also developed from the people. The focus is on empowerment, holistic development, family and community and relationships, linked to wellbeing, belonging, contribution and exploration. Using personal ‘Learning Stories’, practitioners capture individual learning progress, developing autonomy within community and indicating that children are valued for what they are, as well as what they will become within their local community.

The Early Years Foundation Stage from the UK government includes the original four guiding principles: the unique child, positive relationships; enabling environments; and recognition that development and learning are different for each child and takes place at different rates (DfE, 2020; DfES, 2007). However, the original 69 Early Learning Goals have been reduced to 17, focusing on communication and language, physical development, and personal, social and emotional development. These are all situated within the areas of literacy, mathematics, understanding the world and expressive arts and design. Papatheodorou sees the government’s primary focus of the child as economically productive in the future as opposed to ensuring their current well-being.

The Greek education system was originally set up by the government around five areas of development – with no plan for assessment: psycho-kinaesthetic; socio-emotional, moral and religious; aesthetic; cognitive; and motor skills and intellectual development. Recent curricula updates recognise the English and Italian early years guidance documents, yet still hold no requirement for external assessment, maintaining autonomy of the profession. Academic and intellectual goals were also adopted in the update, with a focus on the future educational value of the child as a result of the historical importance of education in Greek culture.

Even within these 4 examples of approaches to education, we can see how important culture is in development, both as a person and as a nation. Being aware of differences in approaches helps us to make informed decisions in our own behaviour and expectations. Introducing important aspects of our and other cultures can be done seamlessly through games and music, like those in the songs below.

Farmer in the Dell

E-I-endio, (or hey-ho, the derio), the farmer in the dell

This popular song explores farming and families – note the different ways that the second part of the verse is sung in different parts of the country (and world)! As a lovely incremental game, it introduces the idea of farm life whilst providing the opportunity to act as the different characters mentioned.

Sitting on your daddy’s knee

Greeting for a wee penny

To buy some Coulter’s candy

This traditional Scottish lullaby can be used to introduce the way people talk differently in different parts of the world.

One a penny, two a penny

This traditional song celebrates the Easter tradition of eating hot cross buns on Good Friday, great as a hand clapping game, too!

Introducing children to different situations through song can be interesting – and reassuring to those who are part of that culture. Allowing children to share their culture gives children confidence in their ability to share their lives and it can also bring a sense of authenticity to the group. The informality of music allows for easy memorisation, and should children enter situations, the song may even help them to be better prepared! Win-win all around!