Violence against women: the role of the early years in preventing gender stereotypes 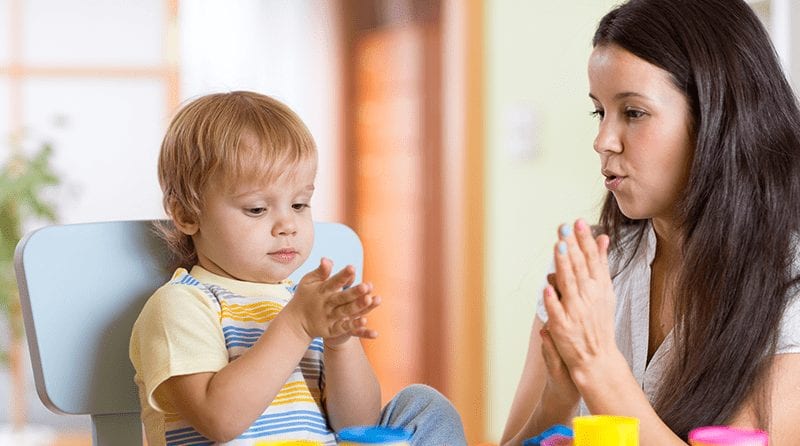 ‘Education is the most powerful weapon with which to change the world.’ - Nelson Mandela

There is an uncomfortable truth that violence against women affects one third of all women in their lifetime. The cost of this in lost lives is immeasurable whilst the financial costs are estimated in the billions of dollars.

Why does such violence continue to happen in the 21st century? There are a host of complex explanations which include, among many, a history of negative experiences around the family to social and gender norms that ascribe higher status to men. But deep at the heart of the problem lies men’s stereotypical view of their own masculinity. Boys can be released from this straitjacket of potentially threatening behaviour when these negative beliefs, attitudes and behaviours are challenged in enabling environments such as school.

In a recent study it was revealed that 52% of young men thought that men should conform to stereotypical gender norms, that ‘men should be men’. Another study  found that gender norms such as ‘girls are vulnerable’, and ‘boys are strong and independent’ are reinforced by a range of forces, including schools, parents and communities. As a result, boys are more likely than girls to engage in and be victims of physical violence. Furthermore, it is generally acknowledged that boys conform to these types of gender norms because otherwise they are stigmatised.

By the time boys reach primary school, their views on gender stereotyping will be shaped. Crucial foundational beliefs about family, community and identity will be formed. Inequality will already be embedded.

The early years sector carries a huge responsibility. It is on our watch that very young children can develop positive views and expectations around social roles and norms that will stamp out inequality and gender stereotyping. It is possible to reduce or even prevent violence against women by helping young boys to view masculinity in a different way.

For some time now, the early years have been acutely aware of acknowledging gender stereotyping in the setting and creating environments where children can be individuals, making choices ‘free of a gender filter.’ Such an approach empowers and engages both girls and boys.

However, over and above this praiseworthy approach, boys need intentional and focused support on helping them understand and accept their masculinity.

A number of boys will come to the setting with a semi-formed stereotypical view of masculinity: acting tough, sticking to rigid gender roles and possibly using aggression to resolve conflicts.

These boys, as teenagers and adults, will be more likely to struggle with emotions, be deeply insecure, not seek support, have fewer close friendships, suffer from depression, and engage in bullying and harassment. What a list.

‘All of us… have a role to play in reinforcing positive, equitable, unrestrictive ideas of manhood’ particularly for those boys whose fathers may adhere to this notion of manhood.

While many men may accept equality between men and women, there is ‘strong support for toughness and the repression of [men’s] emotions.’ This potentially puts boys and men into emotional bondage and at risk of becoming bullies and harassers.

Boys have significant vulnerabilities that need to be acknowledged and supported from the onset. Without crucial support, they may follow the gender norms of generations, and the cycle of violence will continue.

In order to meaningfully support boys, let us examine carefully the gender norms in our own provision and fully recognise how boys’ masculinity is viewed.

Use this sheet to review your current provision for supporting boys. Think carefully about how the provision helps boys to develop their sense of masculinity. Listen to what boys are saying. Empathy has a huge part to play here. When there is full understanding of the vulnerability of boys, and the potential downhill path they can take, early years practitioners can put into motion a foundation of acceptance, support and learning that can transform boys’ views of their masculinity. Partnerships with parents are key. Home is where the gender norms are modelled and copied.

Boys are the fathers of tomorrow and many of them urgently need our help. Helping build secure, happy boys who enjoy friendships and who are not limited by narrow gender norms is key. In short, subtle changes in our provision can have a significant impact on a generation of boys.

And in this way, violence against women can be reduced. What a prize to pursue. Once again, the early years sector has the potential to make the difference.

Do it on your watch! Helen is a mother of 4 and a committed and experienced early years consultant. She is Education Director at Arc Pathway, a sensitive profiling and next steps early years platform for teachers and parents. She has a wealth of experience in teaching, both in the primary sector and early years, co-founding and running her own pre-school in 2005. Helen has written books for the early years sector, including “Developing Empathy in the Early Years” (winner of the Nursery World Awards Professional Book Category 2018) and “Building a Resilient Workforce in the Early Years” (Early Years Alliance 2019). She regularly writes for early years publications such as Nursery World.

Helen can be contacted via LinkedIn.