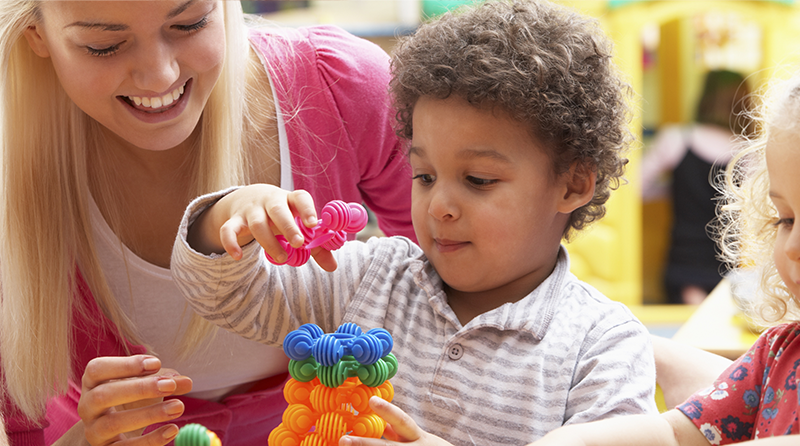 A recent report from Nursery World shows that many early years settings fear they will need to turn parents away due of staff shortages, caused by an increased lack of qualified level 3 child practitioners.

The DfE temporarily disapplied some specific staffing requirements within the EYFS where Covid restrictions prevented providers from meeting them, which the Department for Education has confirmed will end in August. But early years settings wanting staff to work as room leaders and requiring them to have a Level 3 qualification, are finding staffing particularly hard. The DfE has launched Level 3 funding for those aged 24 and over, who do not already hold any Level 3 qualification.

Stella Ziolkowski, NDNA’s director of quality and training said, ‘The offer of Government-funded Level 3 training is a step in the right direction but it will take time for this to benefit the PVI sector. Data from our survey in 2019 showed numbers of Level 3s in the workforce had dropped dramatically from 83 per cent in 2015 to just 56 per cent.

‘Between March and August 2020, we saw 4 per cent of Level 3s made redundant and 8 per cent of them leave their jobs voluntarily,’ Ms Ziolkowski said.

‘Also, the pandemic has meant that some students are finishing their courses without practical experience or assessment in a setting. Without this practical element, their qualifications aren’t full and relevant so they cannot be included in ratios until further qualifications are gained.”

The 4th part of the NDNA’s workforce survey with the EPI will be launched this month.

He said; ‘Add to this the ongoing impact of the 2014 change to maths and English requirements for Level 3 practitioners, and the fact prospective candidates often have qualifications that are not full and relevant, and it’s understandable that so many settings are struggling to fill vacancies’.

A DfE spokesperson said, ‘Now more than ever it is vital that the early years workforce has the appropriate knowledge, skills and experience to deliver high-quality early education and childcare. That’s why we are developing new training routes for early years professionals, including apprenticeships developed by employer trailblazer groups, and we introduced a new T-Level in education and childcare last September.’

The full story, as reported by Nursery World can be read here.