Music and building relationships in the early years 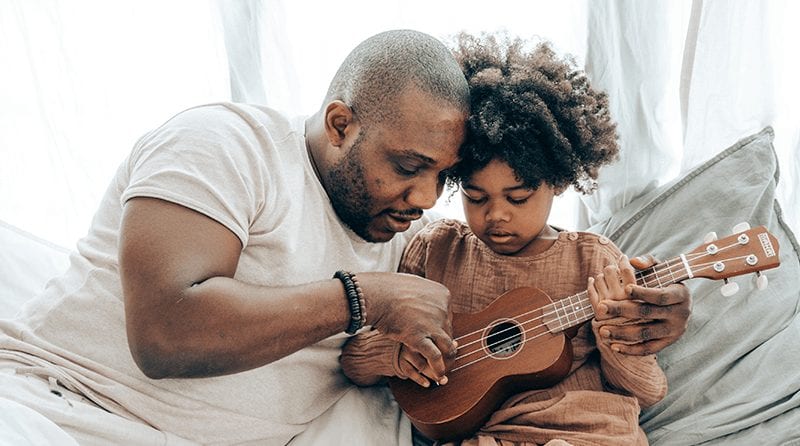 The song selection is an important aspect in modelling healthy relationships. While we often switch on the radio while working, absent-mindedly sing the last song we heard in the car, children are noticing and listening and copying what they see. Depending on their level of understanding, they may or may not know the meaning behind the lyrics at the time, and it should be remembered that often it comes back to them in later life. This is particularly important to note with songs that have dubious or negative origins.

One specific example is “Five Little Monkeys”, a song that has now been excluded in many early childhood music specialist’s repertoires. A quick Google search will clarify the background of this song, particularly with regards to race, and this creates identity issues later in life for all once it is known – how do you enjoy the memory of singing a song that you now know was written to celebrate bad practices? In contrast, “Baa Baa Black Sheep” had nothing to do with race but rather immoral tax practices – so it is worth researching, as often these histories are quick and easy to discover. “Lucy Locket” is one with questionable origins, so some music specialists have taken it out of their repertoire as it may have been about historical practices of well-known courtesans.

Another genre of potentially controversial music is spirituals, like “Michael Row The Boat Ashore”. For many with slave ancestors, spirituals are a direct reminder of the memories that still circulate within the family, making them more than just ‘songs’. Even more recently, Sting’s 80’s classic, “Every Breath You Take” is an instant reminder to those with histories of domestic abuse.

There is the argument that eliminating controversial music eliminates history. One example of a controversial song that some have eliminated is “Jingle Bells”, yes, the popular Christmas carol. While the songwriter was simply writing about the New England fad of jingling horses over snow, there is controversy over the lyrical content suggesting courtesans. However, the biggest controversy is that the song writer earned his wage by selling the song to a minstrel group, where it gained popularity. Singing it is a tricky decision – does it celebrate the songwriter’s winter observations of Christmas time, or does it reward a minstrel group for their behaviour? Because it is so nuanced, you could consult those families who may have been affected, and if it upsets and offends them, avoid it. Others argue that if it has the potential to offend, avoid it completely. Not an easy decision.

Thankfully, there are many more songs about relationships that have more straightforward origins, and these are the focus for this month.

Jack and Jill went up the hill

To fetch a pail of water

Jack fell down and broke his crown

And Jill came tumbling after

Then up Jack got and home did trot

As fast as he could caper

He went to bed to mend his head

With vinegar and brown paper

This lovely little tune may be a little stretching for young voices and new singers as it covers the whole octave – it is probably useful to start it low to hit the high notes properly! It is a great one for acting out, and interestingly, was a real story about the characters who went up the hill in Kilmersdon to secretly meet up. Although they had a sad end, this village celebrates the story with signposts: “Ames Lane leading to Jack and Jill Hill”. Another interesting point is that their surviving son, raised by the village, originated the surname Gilson – Jill/Gill’s son.

A green and yellow basket

I sent a letter to my love

And on the way I lost it, I lost it

This is a lovely chase game, like duck-duck-goose, but with a “letter” that is dropped behind the child chosen to be the chaser, made famous by Ella Fitzgerald.

All Around The Buttercup

All around the buttercup

If you want a pretty maid

This lovely little song can be sung with little ones simply walking in a circle and on the last line, let go hands and find a friend. Older children may like to hold hands raised in a circle, while one child weaves in and out of the circle to swap places with the person in front of them when singing the last line. Many songs like these have origins of finding partners secretly in plain view, as polite society did not approve of public courting!

Songs have meanings in ways that we still do not fully understand. We all have songs that we either turn up the volume when we hear them – or switch off completely, because of the association it has. And the association usually involves a significant relationship. Being aware that young children will be building their associations helps us to not only be more thoughtful and reflective providers but also helps to develop confident, resilient children, able to manage unexpected and new situations independently as they get older.