What links Chris Packham, a birdbox and a supermarket trolley? 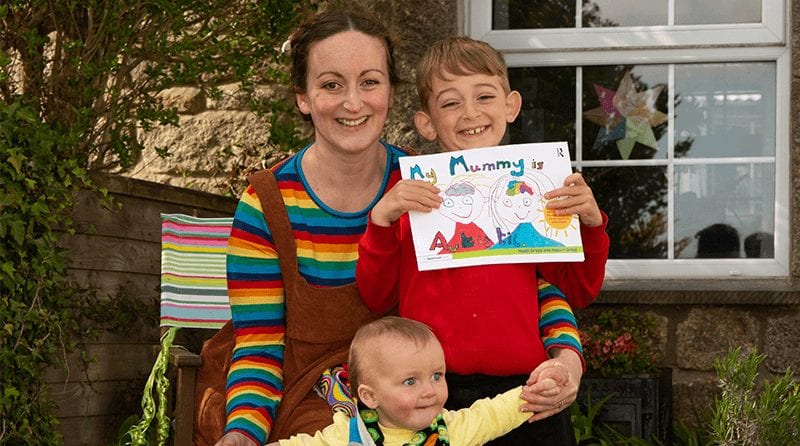 Well, the answer is my son’s book: “My Mummy is Autistic”, which he wrote just after his 5th birthday during his first-ever summer holiday from school. When it was published, one of the reporters who visited our garden to interview him asked “Do you suffer from having a mummy who is autistic?” My son looked puzzled. I interjected, “He suffers from having a Mummy who is a primary school teacher!”

I have always sought out purposeful reasons for mark-making and writing for him. Ever since he’s been able to hold a pencil he’s written me shopping lists. Scraps of paper with scribbles on that we used in the supermarket to make shopping feel like teamwork, rather than something I was dragging him to do. It worked!

Actually, it worked better than I realised. One day when the queue was particularly long I asked him (then aged around 2 years) to check whether we had everything on his list. He studied it earnestly and said “cucumber”. I checked the conveyer belt with all our food on, to my amazement I realised he was right!

From then on I didn’t worry about shopping, we would stand in the kitchen together and I would reel off a list of all we needed, he would write it down, and then in the shop, he rode on the front of the trolley directing me and leaping on and off to collect the produce. All I had to do was push!

I am autistic. One of the many differences I experience being autistic has to do with my processing of language. It takes me longer to take in what has been said. On this particular day when we were shopping, he had exciting news to tell me. He was talking ten to the dozen and I was listening. (I didn’t need to concentrate on anything other than him, he was 5 years old and a shopping pro by this point). Somewhere in the midst of all the things he was saying, he spotted the next item on the list, called “stop” for me to stop the trolley and leapt.

The only trouble was my brain was still several sentences back in his excited babble, trying to keep up. I did not stop the trolley. I ran over his foot. I hurt him. Not badly, but he was shocked. He stood alone, wide-eyed in the aisle and looked up at me “But Mummy,” he said, “I said stop!”

I apologised and checked he was okay, and we continued on. All the while I was thinking: I can’t promise him I won’t do it again. And so as we walked out of the shop I explained to him how the words line up in my head, and if he has said lots then the one he wants me to hear might not yet be at the front of the queue. He had started school that year, lining up was a big deal! My explanation clicked in his head, but he still eyed me with the sort of suspicion of a child who suspects the adult is conveniently making up an excuse.

The next morning I wanted to check he had understood, so I asked him about the day before. He sighed as I pressed him to explain (he suffers from having a primary school teacher as a mother!) And showing insight into his understanding of how I best take in information he got down from the breakfast table and retrieved a piece of paper and a pen, drawing me a picture of me standing with the words pressing against my head, waiting for their turn to get in.

Thinking back to that picture makes me cry, to be so seen and so understood by someone so small when the rest of the world seems to find it so hard at times, was just remarkable.

I praised him for his picture and said if he wrote a sentence underneath it then he could help explain to other people how his mummy’s brain works. Seeing a chance for purposeful writing I made a plan that we would draw a picture and write a sentence every day of the holidays (the poor child suffers from having a primary school teacher as a mother a lot!). I imagined that at the end of the holidays we would staple his pictures together and shows his grandparents.

When the book was done I was taken aback by how clear it was. I thought it was wonderful. But of course I did! He’s my son, I think everything he does is wonderful. Looking for an unbiased opinion I sent it to Routledge where it went through all the usual committees. They thought it was brilliant, the unique perspective of the child explaining the adult, depicting autism as a difference to be celebrated not a condition to get better from.

Already this was more than we had imagined would ever happen with his felt tip pen pictures and his oh-so-carefully-drawn letters. But then a friend of ours met Chris Packham at a conference and showed him the pictures. Chris agreed to write a foreword for the book, and instead of a fee, asked that we build him a birdbox. I hoped for a foreword along the lines of “I like this book – Chris Packham” but what we received was far more than that. Chris wrote a poignant essay, he saw things in the book I hadn’t appreciated. And once again I felt seen and understood in unexpectedly kind ways.

The publication of the book saw my son become the UK’s youngest published author, and we have had messages from people saying that the book has enabled them to see themselves or a loved one in a new way, and thanking us for it. And to top it all off, as of a few weeks ago two beautiful great tits began building a nest in the birdbox! 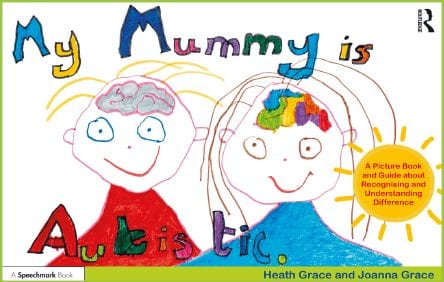 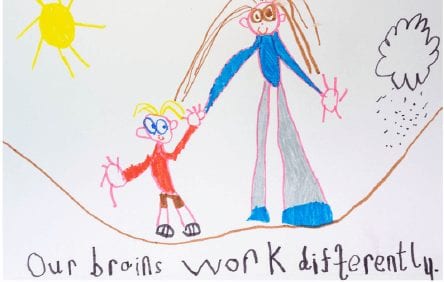 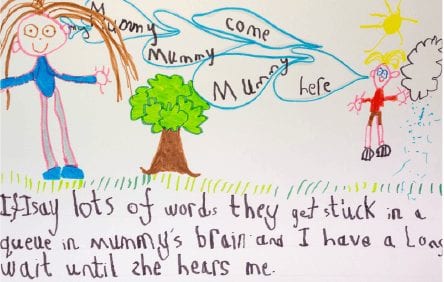 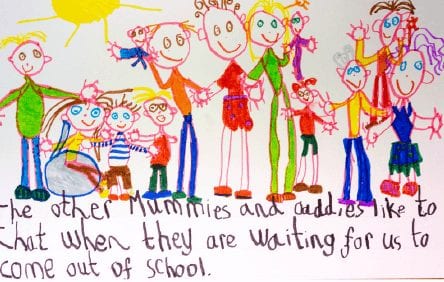 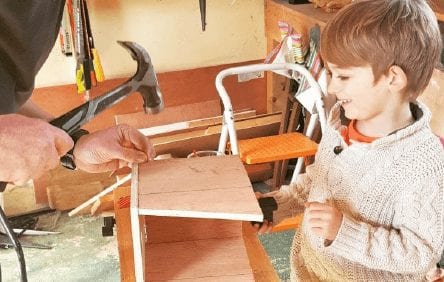 We have three signed copies of Heath and Joanna’s book to give away. Three lucky readers picked at random will receive a free copy of the book!

To enter the competition email marketing@parenta.com by Friday 23rd July 2021

Even if you are not a lucky winner, you can still purchase Heath and Joanna’s book here and enjoy 20% discount too! Joanna has published four practitioner books: “Multiple Multisensory Rooms: Myth Busting the Magic”, “Sensory Stories for Children and Teens”, “Sensory-Being for Sensory Beings” and “Sharing Sensory Stories and Conversations with People with Dementia”. and two inclusive sensory story children’s books: “Voyage to Arghan” and “Ernest and I”. There is new book coming out soon called ‘”The Subtle Spectrum” and her son has recently become the UK’s youngest published author with his book, “My Mummy is Autistic”.