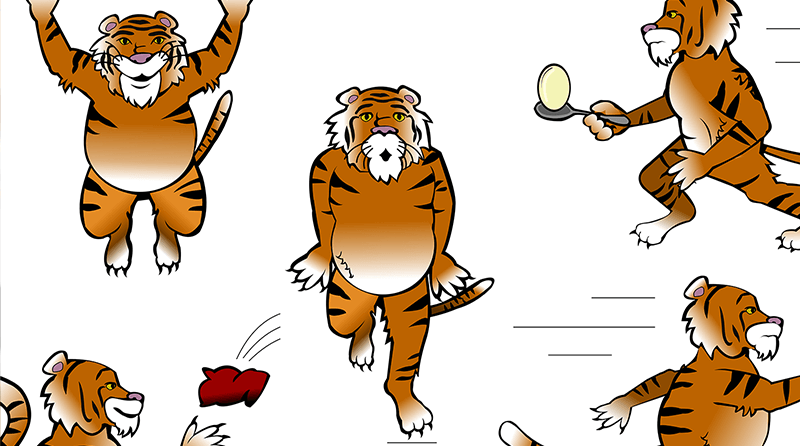 Did you know how much of a pivotal role myelin plays in the early years of child development?

The big question “What is myelin?”

The best way to describe myelin is as insulation (electrical tape) that tightly wraps around and around our nerve fibres. Each time we practise something, it wraps the myelin, like electrical tape to prevent any leaks, around that part of the circuitry we used in the brain. Myelin increases the speed and accuracy of the signal strength in our brain i.e. the upload and download speed of our brain.

Some people talk about ‘muscle memory’ but they are actually talking about myelin.  myelin has been attributed as the key “to talking, reading, learning skills and even being human.”

Would you have ever thought that something that looks like a humble sausage (I know it really has been described like that) around our nerve fibres is so important?

When you put it into context with early years, you will see how important it is. For example, we all know when a child is engaged and focused through play on the learning process, they develop their skills, and the reason for this is they are building and laying down myelin around the circuit for that activity.

Q. Why is targeted, mistake-focused practice so effective?

A. Because the best way to build a good circuit is to fire it, attend to the mistakes, then fire it again, over and over. Struggle is not an option: it’s a biological requirement.

If myelin was part of our town, it would be the tarmac on our roads and pavement getting you from A to B. I admit, that does seem really dull, as to be honest, have you ever stood in awe admiring tarmac? I know I certainly don’t, but we really should be admiring and nurturing the myelin in our own circuitry while helping to develop it in our little ones.

Myelin initially builds on the sensorimotor white matter and the Heschl gyrus (the structure containing the human primary auditory cortex in the brain) and then extends to the language-related areas.

The vital aspect of physical literacy in the early years is that it helps with speech and language, and this is looked at in the ‘Myelination of language-related areas in the developing brain’ by J. Pujol, et al, 2006.

My personal lightbulb moment with myelin

When I created the Littlemagictrain sessions, I was intrigued by the feedback from nurseries and pre-schools especially as it had originally been created to develop physical literacy. The feedback included improved speech and language, relationship building, knowledge and the world around them, well-being and of course, physical literacy. Little did I know at the time, that I had actually developed the sessions in a way that helped to build myelin.

When I attended a teaching course in 2016, focusing on physical movement, our reading list included Daniel Coyle’s book “The Talent Code”. He describes the importance of myelin in training athletes, dancers and musicians and the book concludes that it’s not about practice but “good practice”.

Q. Have you ever wondered why passion and persistence are the key ingredients for success and talent?

A. Wrapping myelin around a big circuit requires immense energy and time. If you don’t love it, you’ll never work hard enough to be great.

“Good practice” is vital in early years as everything the children do, and learn, is creating all those amazing neural connections in the brain and myelin is working overtime to wrap itself around their nerve fibres.

When a neural pathway is made and fully myelinated (covered in electrical tape without any leaks), your brain doesn’t change the pathway or make amends, it just rebuilds elsewhere. For example, if you have made a connection going from ‘A to B’ and you need to correct this mistake, your body has to create a totally new neural pathway and start again. Unfortunately, this means the brain has to find a new way of getting from ‘A’ to ‘B’ and to get there it may have to go via ‘W’. A lot of extra work for the child and you!

This very simple graphic shows how hard the brain is working in the early years, growing connections and pathways and at the same time wrapping myelin around all those pathways. Mr Myelin is in fact Professor George Bartzokis (1956-2014), a neuroscientist and Professor of Psychiatry. Bartzokis originated the theory that the degeneration of the brain’s myelin contributed to many developmental and degenerative diseases, such as schizophrenia and Alzheimer’s.   This research shows the importance of myelin in the brain and how it ensures everything runs smoothly.

This phrase says it all, as the brain will prune away pathways that aren’t used. The brain is continually growing and pruning neural pathways. To help children learn, we need to ensure the correct neural pathway is built so they don’t have to relearn, rebuild and prune. I always visualise a gardener attacking a rose, that has grown along a wall in the wrong direction. The gardener must prune the poor rose which then has to find all that energy and make the effort to grow all over again in the right direction.

‘Something to think about’

Q. “Why can’t monkeys – which have every neuron type and neurotransmitter we have – use language the way we do?”

A. “Because we’ve got 20% more myelin.  To talk like we are now, takes a lot of information-processing speed, and they have no broadband.

Q. “Why can horses walk immediately on being born while humans take a year?”

A. “A horse is born with its brain fully myelinated, online, and ready to go.

How to help myelin building in the early years

Movement skills and vocabulary are developed in small, bite-sized chunks.

Correct modelling from the grown-ups to help with learning.

The speed of your actions/development will depend on your little one’s needs.

Engage them to allow for repetition with the fun of ‘what next?’ ‘Picnic on the Moon’ session giveaway

To get your free session pack visit www.littlemagictrain.com. Pop the “Picnic on the Moon” pack in your basket and at checkout use the 100% free coupon code below. Gina’s background was originally ballet, but she has spent the last 27 years teaching movement and dance in mainstream, early years and SEND settings as well as dance schools.

Whilst teaching, Gina found the time to has create the ‘Hi-5’ dance programme to run alongside the Australian Children’s TV series and the Angelina Ballerina Dance Academy for Hit Entertainment.

Her proudest achievement to date is her baby Littlemagictrain.  She created this specifically to help children learn through make-believe, music and movement.  One of the highlights has been seeing Littlemagictrain delivered by Butlin’s famous Redcoats with the gorgeous ‘Bonnie Bear’ on the Skyline stage.

Gina has qualifications of teaching movement and dance from the Royal Ballet School, Trinity College and Royal Academy of Dance.

Use the code ‘PARENTA’ for a 20% discount on Littlemagictrain downloads from ‘Special Editions’, ‘Speech and Language Activities’, ‘Games’ and ‘Certificates’.