Using music to develop listening, attention and understanding as an Early Learning Goal 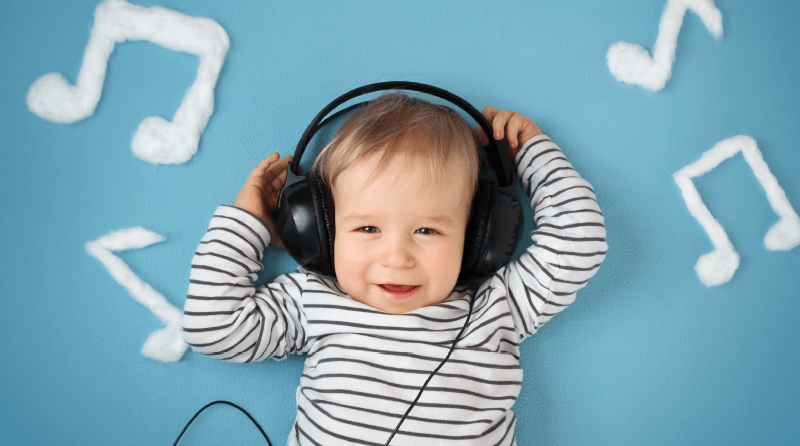 Listening is a skill that is fundamental to learning. It is necessary to develop listening before speaking, writing, and reading skills can be introduced, so this is especially important in the pre-school years. The ability to listen covers a variety of skills beyond hearing, including the ability to pay attention and understand. These skills all work together when taking in information in order to react with a suitable response. Music often involves a wide variety of listening aspects. Music from pop to classical pieces combine different musical instruments and multiple voices that come in at different times. Musicians must be able to not only hear but also respond appropriately to musical cues. The ability to follow different voices or timbres of musical instruments helps musicians to follow printed music, and studies have shown that musicians are often able to hold successful conversations in the busiest, most distracting situations.

In a study published last year, Hashim et al (2020) used the Fuzzy Delphi Technique with experienced teachers and lecturers to identify the most important skills needed in order to successfully develop listening skills in pre-schoolers. Fifteen expert teachers were asked to assess a number of skills involved in the delivery of teaching listening in the early years. Using a questionnaire and Likert scale (rating level of agreement to statements from 1-5), the scores given indicated the sequence of important factors involved in listening.

The most important skill was identified as the clarity and volume of the adult’s voice. The clearer the adult’s voice, the more effectively children were able to engage their attention and listen to the adult. The next was making the activities fun and exciting. By doing this, children were more likely to take part, take risks and retain information more successfully. The third element involved using actions and expressions through body language, as children are naturally adept at reading body cues. Finally, the use of age-appropriate language allowed children to more easily understand their adult.

A wise old owl sat in an oak

The more he heard the less he spoke

The less he spoke the more he heard

This lovely rhyming poem is a traditional children’s verse with a clear message: listening can be more useful than talking for the sake of talking. Learning verse by rote has benefits including remembering story sequences using rhyme as cues, getting to know the rhythm and pace of different words, as well as the ebb and flow of sentence formation.

Three little kittens they lost their mittens, and they began to cry,

“Oh mother dear, we sadly fear that we have lost our mittens.”

“What! Lost your mittens, you naughty kittens!

Then you shall have no pie.”

“Meeow, meeow, now you shall have no pie.”

“Meeow, meeow, now we shall have no pie.”

The three little kittens they found their mittens, and they began to cry,

“Oh mother dear, see here, see here for we have found our mittens.”

“Put on your mittens, you silly kittens, and you shall have some pie”

“Meeow, meeow, and you shall have some pie.”

“Meeow, meeow, now let us have some pie.”

The three little kittens put on their mittens and soon ate up the pie,

“Oh mother dear, we greatly fear that we have soiled our mittens.”

“What! Soiled your mittens, you naughty kittens!” then they began to cry,

“Meeow, meeow,” then they began to sigh.

“Meeow, meeow,” then they began to sigh.

The three little kittens they washed their mittens and hung them out to dry,

“Oh mother dear, do you not hear that we have washed our mittens.”

“What! Washed your mittens, you are good kittens, I smell a rat close by,”

This little ditty is another traditional song with a moral, and mentions listening in the context of the story. This could be used to introduce listening to animal sounds, and what animal behaviours may mean.

And doesn’t know where to find them.

Bringing their tails behind them.

And dreamt she heard them bleating,

But when she awoke, she found it a joke,

For they were all still fleeting.

Then up she took her little crook

Determined for to find them.

She found them indeed, but it made her heart bleed,

For they left their tails behind them.

It happened one day, as Bo Peep did stray

Into a meadow hard by,

There she espied their tails side by side

All hung on a tree to dry.

She heaved a sigh, and wiped her eye,

And over the hillocks went rambling,

And tried what she could,

As a shepherdess should,

To tack again each to its lambkin.

This traditional song appears to have originated in the 18th century about a short shepherdess who lost her sheep, hoped they’d return, and then went to find them. One reference to the verse links it to wool smugglers in Chelsfield, Kent – another to the stocks where criminals were said to be “playing bo-peep through a pillory”. However, there are references in Shakespeare to a 16th century children’s game called ‘Bo Peep’: saying “Bo” and placing a blanket over baby’s head, and then saying “Peep” when lifting the corner. In fact, in the northwest of England, many parents still play “Peep-Bo”, more commonly known as peek-a-boo.

Listening attentively is a personal skill that, like many others, develops best within the home environment. Being aware of ways that can allow us to create an appropriate environment to encourage listening gives adults an ongoing opportunity to allow children to succeed.