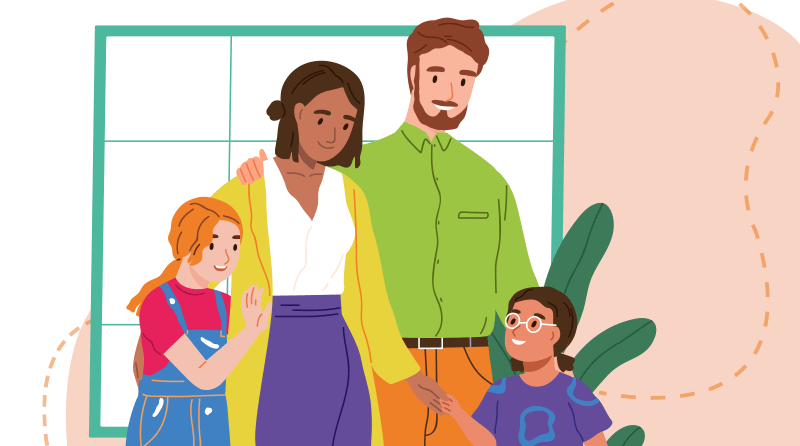 Depending on which statistics you read, there are between 2,000 and 6,000 children in the UK who need adopting at any one time. Many are sibling groups who need to be adopted together, which often makes it more difficult to find the right adoptive parents. The latest Government data1 reports that 3,440 children (who had previously been looked after), were adopted in the year ending March 31st 2020. This was down 4% on the previous year and continues a downward trend since the peak in adoptions in 2015. With approximately 80,000 children in care at any one time, there is an urgent need for people to come forward to redress the balance.

In response to this falling adoption rate, the Government has launched a new nationwide campaign which is being delivered by a group of Regional Adoption Agencies, Voluntary Adoption Agencies and key stakeholders working in adoption in England. It is supported by the Department for Education and aims to tackle and dispel some of the myths around who is eligible to adopt and what the adoption process entails. It is using the hashtag #YouCanAdopt to raise awareness and National Adoption Week 2021 is the perfect platform to raise awareness and highlight the plight of would-be adoptees who are waiting too long for their ‘forever families’.

National Adoption Week runs from the 18th to the 23rd October, the week before half-term in many English schools and nurseries, so you can use the week to discuss a number of issues in your setting relating to adoption, since it is not just the time delay or the shortage of suitable parents that is of concern. There is still a lot of stigma associated with adoption with many adopted children reporting being bullied at school because of their status. There are issues related to the lack of people from diverse ethnic backgrounds who put themselves forward as potential parents, and an increasing number of barriers that people believe exist to adoption including worries about:

The truth about adoption

In reality, there are only a few things you need to become an adopter. These include:

This means that each year there are single-parents, same-sex couples and working people who adopt. In early years, we are trained to work with children from a variety of stances, so this year, why not ask yourself and your staff whether adoption might be something they could think more seriously about?

Research shows that children from black and mixed-heritage backgrounds wait longer to be matched with a new adoptive family than those from Caucasian backgrounds. This could be due to a number of factors that the government is trying to address. Research also suggests that attitudes towards adoption from black communities are positive with 80% of people from these communities stating that they have either adopted, considered or would consider adopting a child in the future.

Events within National Adoption Week and Black History Month (which also runs in September), aim to focus on recruiting potential parents particularly from these groups.

There are 4 main stages in the adoption process after people initially explore and find out about adoption. These are:

It can take between 6 months and a year for these processes to be completed so patience is necessary when beginning the adoption process. But when you think about it from a child’s perspective, the average number of days that a child waits between entering the care system and moving in with their adopted family is 459 days, so it takes time to match people with the right families, but this shouldn’t put you off.

How to promote National Adoption Week in your setting

Spread the word and raise awareness of the issues around adoption with your parents and staff by putting up posters and giving out information about who to contact or where to find out more information.

2. Address the stigma head on

Tackle some of the stigma associated with adoption by talking about it to the children in your setting. You will need to take a positive and understanding approach to this and be aware of any child in your setting who is either adopted or in the care system who may be affected by this topic. You can introduce it gently by talking about the different families that people have and using story-time and storybooks such as “Finding a family for Tommy” by Rebecca Daniel or “The Teazels’ baby bunny” by Susan Bagnall. There are a lot of books about adoption and fostering for both children and adults on the Coram BAAF website at https://corambaaf.org.uk/bookshop.

Train your staff in some of the issues faced by adopted or fostered children so that they can better understand and support them. Many children who have been in the care system or have been adopted have first suffered adverse childhood experiences (ACEs) which can have a profound effect on their development and behaviour. A lot of these issues such as attachment disorders, FASD (foetal alcohol spectrum disorder) and the effects of early childhood trauma are not generally well understood by the general population and these children are often labelled as ‘naughty’ or ‘disruptive’ when they are only trying to cope with situations that make them anxious or cope with their state of perpetual high anxiety, neither of which is their fault or their conscious choice.

Whatever you do, remember that the children who need adopting are vulnerable and need adopting through no fault of their own. But with love, attention and a lot of patience and understanding from the adults around them, they can start to get their lives back on track and fulfil their true potential.

For more information see the adoption agencies below: