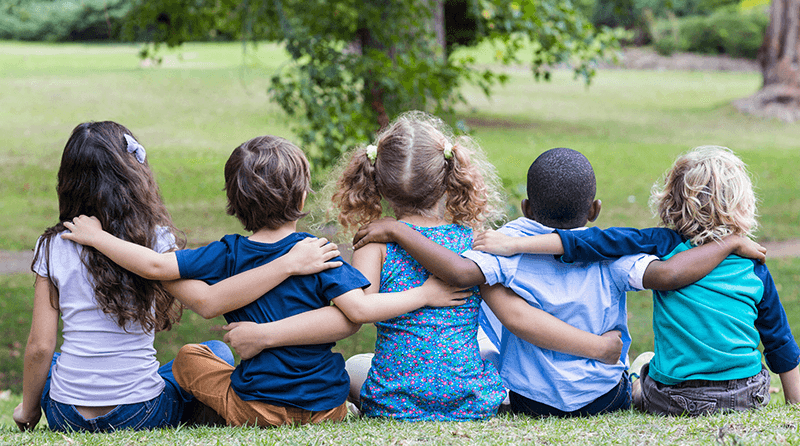 Wouldn’t it be nice if our children could grow up in a safe, secure and nurturing environment, free from any form or abuse or the influence of people who do not have their best interests at heart? Yet sadly, despite a myriad of safeguarding laws and interventions, many of our children are still suffering at the hands or bullies, either in person, or increasingly online, as they have access to technology and the internet.

According to the latest ONS report on Bullying in Schools, approximately 17% of children report being bullied, with the proportion being higher in younger age groups: 22% of 10-year-olds and 8% of 15-year-olds. Compared to other OECD nations, England saw the second highest proportion of school principals reporting bullying activity (29%) compared to an OECD average of only 14%. A poll carried out for the charity, Anti-Bullying Alliance (ABA), found that in 2019, 11% of surveyed children said they missed school due to bullying, and 19% had avoided friends or online media because of bullying. One in four children experience online bullying in some form or another.

The ABA define bullying as:

It can be physical, emotional, verbal, sexual and it can happen face to face or online, or even indirectly via types of coercion and exploitation.

Occasionally, there is confusion as to whether an incident should be classed as bullying, or a one-off peer-to-peer disagreement, but there are 4 key elements that have been identified which clarify the definition of bullying.

These state that in bullying, the actions are:

The power imbalance and repeated intention are often key to understanding if an incident is classed as bullying. Power imbalance can be associated with age, gender, social status, numbers involved amongst other things, and our traditional view of there being a bully and victim is now evolving as we understand that bullying often has a much more complex, social structure. Research is starting to identify different roles within and around a bullying situation such as the:

Having a greater understanding of all these roles can help teachers and practitioners tackle bullying from all angles. By encouraging more ‘defenders’, or ‘outsiders’ to report bullying, and by discouraging ‘assistants’ and ‘reinforcers’, it becomes less easy for the ‘ringleaders’ to gain access to, and intimidate their ‘targets’. Clearly these are simplifications but they can help tackle bullying when everyone’s role is taken into account. Left unchallenged, bullying can grow and may, in extreme cases, even eventually lead to radicalisation, which we all have a duty to tackle under The Prevent Duty.

Who is at risk?

Bullying can happen to anyone, in any walk of life, and is not confined to children. Many adults are the victims of bullying in their workplace, or by virtue of their gender, ethnicity, social status or sexuality. There are several groups that have been shown to suffer bullying disproportionately, including:

Bullying is wrong and needs to be taken seriously at all levels. Even children aged as young as 3 have been observed displaying bullying behaviour, so it everyone’s responsibility to promote tolerance, celebrate rather than ridicule difference, and tackle bullying head-on with a whole-school or whole-setting approach. Early years settings are well-placed to challenge prejudices that may exist in a child’s wider social network, and to educate and influence them in more positive ways.

Anti-Bullying Week, which runs this year from 15th to the 19th of November is a great way to open the discussions and improve staff training on this issue. It is organised annually by the ABA whose objective are to:

The ABA website is full of information, videos and advice on how to tackle bullying and even has a free, downloadable advice sheet especially for early years settings which gives some tips on how to promote positive communication, empathy and understanding to tackle the issues early on, rather than falling into some of the old traps of dismissing the behaviour as ‘banter’, telling the victims to ‘stand up for themselves’, and equally-damaging, labelling people as ‘bullies’ rather than understanding their behaviour and communication.

The ABA is a unique coalition of organisations and individuals, working together to stop bullying and create safer environments in which children and young people can live, grow, play and learn. It was established by the NSPCC and the National Children’s Bureau in 2002 and is hosted by the National Children’s Bureau. They provide expertise in relation to all forms of bullying between children and young people.

This year, the theme is ‘One Kind Word’ and they are promoting the positive use of kindness as a way to encourage a kinder society overall, in which empathy and understanding replace conflict, bullying and coercion. The week is supported by CBeebies star, Andy Day, and his band, Andy and the Odd Socks, and everyone is encouraged to start the week with Odd Socks Day by wearing different socks to school or nursery. Last year, over 80% of schools and nurseries took part in the event in some way, and you can download and an advice sheet on ways to celebrate anti-bullying week.

ABA covers England and Wales, but Scotland has their own anti-bullying agency called Respectme, and in Northern Ireland, there is the Northern Ireland Anti-Bullying Forum.

Each organisation has developed their own resources and activity to support the week.