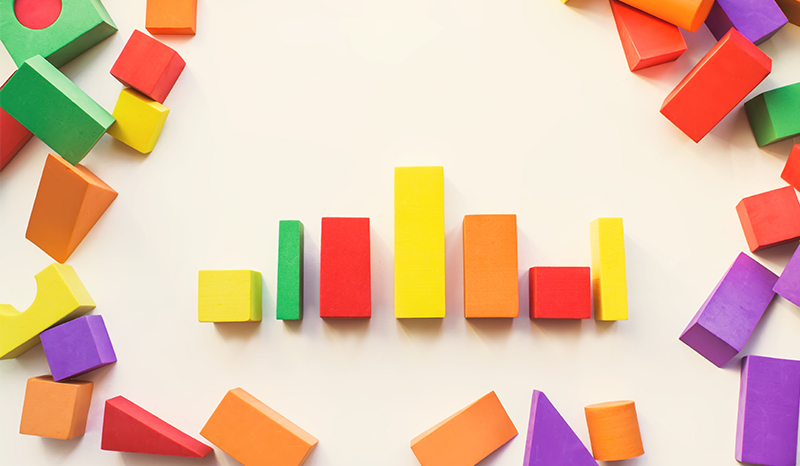 When the London Early Years Foundation (LEYF) saw its most vulnerable children arriving at nursery hungry, anxious and developmentally-delayed as a result of lockdowns and the impact of living in poverty (exacerbated by the pandemic), we set up the Doubling Down programme in October 2020. This coincided with our Prime Minister asking leaders to come to Government with ideas to solve problems and improve local services using a place-based response.

Our idea was to double the funded hours available to children from poor and disadvantaged backgrounds by increasing the standard funded 15 hours to 30 hours and also provide a proper cooked lunch. We targeted children returning from the pandemic whose development had been really set back. We know that high quality nursery education can help make a real difference to small children and get them into a position where they can thrive at home and at school. So, it seemed logical that we should provide 30 accessible hours for them.

Between October 2020 and July 2021, 97 children were offered an additional 15 hours at nursery each week.

It also seemed a sensible approach given the concern that so many children, especially those from disadvantaged families, were badly affected cognitively and socially by the lockdown. Organisations such as the Education Endowment Foundation appeared to confirm our concern.

Their survey of schools and parents completed in May 2020 found that children who started school in autumn 2020 needed more support than in previous years. The findings suggest that the greatest area of concern was communication and language development, in which 96% (55 out of 57) of schools said they were either “very concerned” or “quite concerned”. Close behind were personal, social and emotional development (91%) and literacy (89%) – skills which are heavily reliant on the development of strong speech, language and communication abilities.

Funded by generous donations from Permira Foundation and Barclays 100 x 100 COVID-19 UK Community Relief Fund (plus our own public crowd funding campaign which is still on-going), analysis from Doubling Down research found:

The external evaluation of the ‘Doubling Down’ programme conducted by Rocket Science (between October 2020 to July 2021) also highlighted improvement across ALL seven areas of EYFS learning and development by an average 8%. The largest improvement was a +12% increase in Communication and Language (from 57% to 68%), followed by +9% across Mathematics (from 52% to 61%) and Expressive Arts & Design (from 67% to 76%).

Staff noted that by the provision of the extra hours at nursery also significantly benefitted parents, many of whom were caring for children with Special Educational Needs and Disabilities (SEND). Staff morale also benefited because they felt they had more time to support vulnerable children’s learning and development effectively. This is super important as many staff are reeling from the recruitment shortage and constructive feedback is the tonic. It’s imperative that they feel optimistic and confident about the significant part they play in making a positive difference to each child.

Disappointingly, it came as no surprise that our Childcare Minister was not a fan of Doubling Down. He thinks 30-hours risks children not benefitting from the Government’s own policy of 30 hours. Quoting the SEED Impact Report from February 2020, the Minister and his advisers seem overly focused on a very small negative effect on children’s emotional self-regulation among children using nursery for more than fifteen hours per week between the age of two and the start of school.

The research noted a very small unfavourable association between formal Early Childhood Education and Care (ECEC) use and children’s socioemotional outcomes but contrasted with the largely positive associations, the impact was negligible and the researchers wondered whether the reasons for these unexpected differences lay in the source of the socio-emotional measures. The age four socio-emotional measures were derived from parent report, whereas the later outcomes were derived from teacher report. The question will be considered at age seven in a later SEED report.

The Sutton Trust’s recent report. ‘A Fair Start – Equalising Access to Early Education’ and the Institute for Fiscal Studies (IFS) both argue for extending the 15-hours funded places to children from disadvantaged backgrounds. The estimated cost of universalising the 30-hour entitlement would raise spending by around £250 million in 2024–25. Extending the entitlement to disadvantaged three-and four-year-olds would cost an extra £165 million a year. This is compared to the roughly £735 million that the existing 30-hour entitlement will cost. But the benefits and the return on the investment would be significant.

Our research provides a strong message to both the Government and to global investors, and demonstrates that we need to think carefully about how we respond to the fast-emerging problems we are seeing across the country as a result of the pandemic. We clearly need to reverse the alarming decline in the health, well-being and education amongst our young children. Access to these crucial extra Government funded hours is benefitting children now and can actually help them level up and reduce the attainment gap that emerges from 22 months in children from disadvantaged backgrounds. Doing nothing is simply not an option.

So, back to Boris and his call for leaders to provide examples of good practice which we can learn from and drive levelling-up and systemic change. Failure to close the attainment gap continues to have devastating consequences for the 1.3 million children aged 0-5 who live in poverty. Just look at the most recent report about disadvantaged white pupils.

Our Secretary of State for Education, Nadhim Zahawi must put his money where his mouth is. He is right when he says “… you don’t tackle inequality and poverty unless you tackle education.” An inspiring speaker, author and regular media commentator on early years, social business and child poverty, June has been instrumental in achieving a major strategic, pedagogical and cultural shift for the award-winning London Early Years Foundation, resulting in an increased profile, a new childcare model and a stronger social impact over the past ten years.