Easter story and celebrations around the world 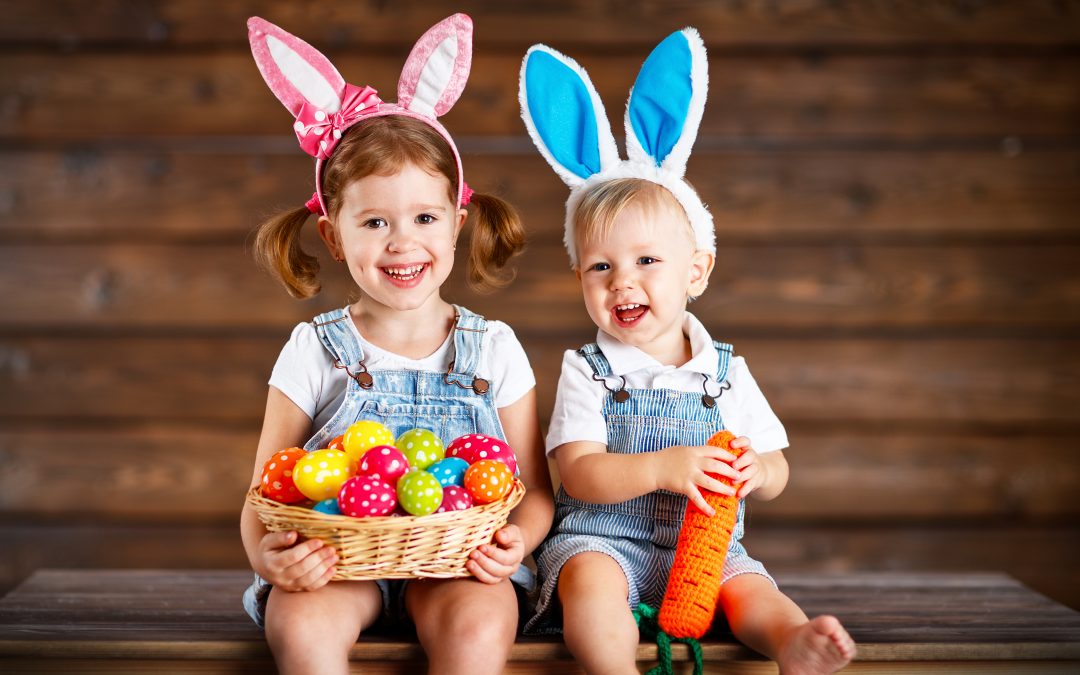 Easter is a holy holiday in the Christian calendar, commemorating the death and resurrection of Jesus Christ 2,000 years ago. At that time, there were no Easter eggs, no Easter bunny or giant omelettes made in France! It was just the death of Jesus and his reported resurrection. In the two millennia since, Christianity has spread from Jerusalem to almost every part of the globe. The Easter story has been told in many different languages and people have found their own way to commemorate Jesus’s death/resurrection and celebrate their own faith or beliefs at the same time.

If you travel to Finland at Easter, you could be forgiven for thinking that you have mixed up your calendar dates and landed there on Halloween. Children dress up as witches over Easter and travel from door to door reciting a rhyming blessing, believed to ward off evil spirits. They wear colourful clothes and paint freckles on their cheeks, often carrying a willow broomstick of willow or birch sticks. Their poem says:

“I wave a twig for a fresh and healthy year ahead; a twig for you, a treat for me!”

After reciting the poems, the grateful householder may give them a chocolate egg or sweets in ‘payment’ for their blessing. The tradition is thought to stem from a mixture of an Orthodox Christian ritual where the birch twigs represented the palm leaves laid down before Jesus as he entered Jerusalem on Palm Sunday, and an earlier tradition marking off the return of spring and warding of evil spirits. Bonfires are also lit around Easter time, as these are thought to scare off any evil witches!

Spain: the dance of death!

In the Medieval town of Verges in Spain, the locals perform a traditional “dansa de la mort” or the death dance. It is a re-enaction of scenes from the Passion, (the last few days in the life of Jesus). People dress in skeleton costumes and carry boxes of ashes through the streets in a procession on Maundy Thursday (the day before Good Friday). When they reach the mediaeval old town, the skeletons dance to the sound of a drum and form the shape of a cross. The main dance is given by two adult skeleton characters, but children are also involved, and lamp-carriers create an eerie atmosphere as the skeletons dance.

In Norway at Easter, the talk is not so much of Easter eggs and Easter bunnies, but much more of “whodunnit?” At this time of year, many television channels launch new detective series and publishers get their best new crime novels on bookstore shelves. It is thought the tradition started in 1923 after publication of a crime novel set on the Bergen railway in which a train was robbed. The authors wanted to promote their book so put an advert for it on the front page of local newspapers. People thought it was a real news story, and the authors scored a PR coup. Nowadays many Norwegians retreat to their mountain cabins at Easter to ski. Armed with their detective books and TV subscriptions, they spend a few days working out whether the ‘butler’ did it or not! Even milk cartons carry short detective stories during this season to get in on the act.

If you are lucky enough to be in the central American country of Guatemala this Easter, look out for the colourful carpets that are ‘laid out’ along the cobbled roads in the town of Antigua. They are made from coloured sawdust, fruits, pine needles, flowers, vegetables and sand and depict scenes from religion, Mayan and Guatemalan history. Some of the carpets are up to half a mile long and their intricate designs draw visitors from all over the region. But their glory is short-lived, as on Good Friday, a procession of people (some dressed as Roman soldiers) walk over the carpets carrying an image of the crucified Christ.

Italy is home to the Vatican City, the self-governing state which is ruled by the Pope and which is the centre of the Roman Catholic Church. St Peter’s Basilica is the site of daily services of Mass throughout holy week leading up the Pope’s address to the massed crowds on Easter Sunday in St Peter’s Square. But this very religious tradition is not the only Easter celebration for Italians, since they also celebrate their carnival season with parties, parades and masquerade balls. Although not strictly part of Easter week per se, it is part of the pre-Lent season which runs up to Easter and is an important part of the Italian celebrations. Costumes are often elaborate and full-face masks are intricate and spectacular with the Venice carnival gaining fame around the world.

Italians are also famed for their good food, and at Easter, they have a traditional sugar-dusted Easter cake called the Colomba, made in the shape of a dove to represent peace, renewed life and hope.

In Germany, there is an old tradition of making ‘osterbaum’ or Easter trees. These were traditionally branches of flowering trees such as forsythia or pussy willows, which were placed in a vase and decorated with painted eggs and small decorations. These can be kept inside and outside and many Germans (and Swiss) decorate trees in their gardens, with the most famous one at Saalfeld where a man decorated a tree in his garden with more and more decorations each year, eventually stopping at 10,000 decorations.

Why not adopt some of these traditions in your settings this year and send us your photos to hello@parenta.com?