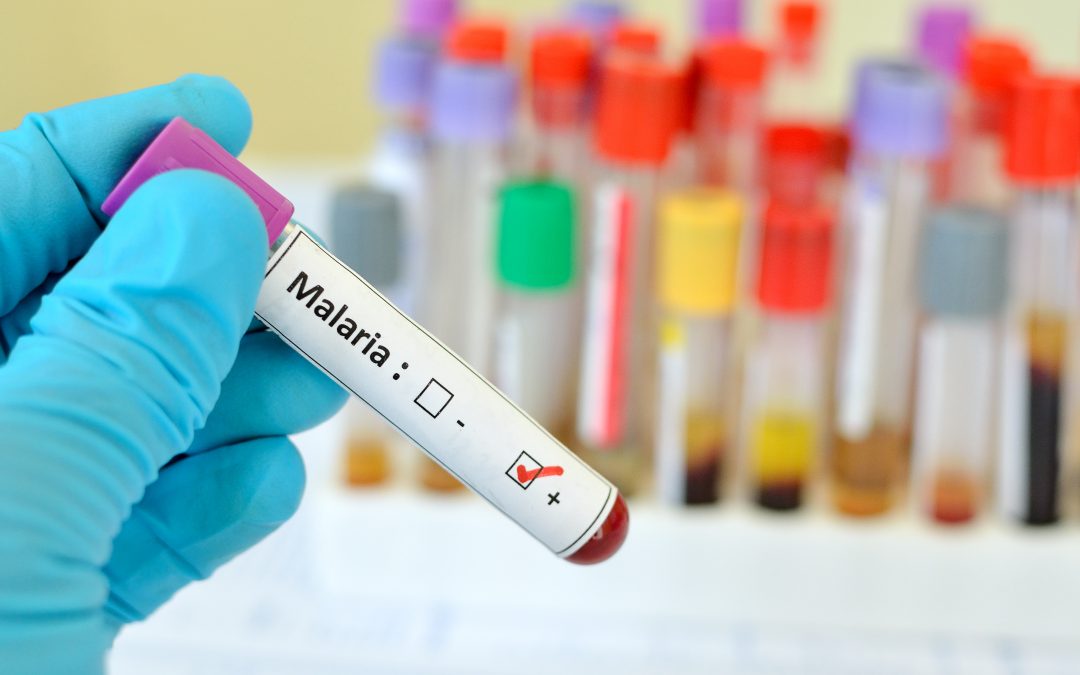 April 25th is World Malaria Day, an annual event which takes place across the world to raise awareness about malaria and how it can be prevented. It aims to celebrate the progress that has been made towards eradicating this life-threatening disease and highlight the ongoing need for resources and funding to continue the fight. The World Malaria Day 2022 theme is “Zero Malaria – Draw the line against malaria.”

Malaria is a serious infectious disease that is spread by certain types of mosquitos (female anopheles mosquitoes) and affects tropical and subtropical regions. It is curable with anti-malaria drugs but in many regions of the world, where quick access to medical attention is limited, it can be fatal, especially for pregnant women and children. Malaria is not found in the UK or Europe but around the world, a child dies every 2 minutes from malaria.

People infected with malaria can feel severe flu-like symptoms with a fever (high temperature) and headache. It can cause muscle pain and vomiting as well as sweats and chills, and if these are untreated, it can lead to organ failure and death. It only takes a bite from one infected mosquito to develop, and symptoms usually develop between 6 – 30 days after the bite, although in rare cases, symptoms can take up to a year to develop.

According to the World Health Organisation (WHO), in 2020:

How is malaria spread?

Malaria is usually caused by a mosquito bite and is carried in the blood. They typically bite when humans are sleeping, between 10pm and 2am and mosquitos can then spread the disease to other people they bite. An infected mother can pass the disease on to her unborn baby, and some people are infected after receiving blood transfusions or organ donations from a person infected with malaria.

What is being done to fight malaria?

Malaria is preventable given the right medical equipment and precautionary measures. There are a number of charities who work to raise money to buy equipment and medical supplies and great strides are being made. For example, in 2018, 27 countries reported less than 100 cases of malaria and are on track to becoming malaria-free in the next few years. In 2020, it was estimated that over 1.5 billion cases and 7.6 million deaths have been prevented in the last 20 years, so there is hope on the horizon. However, even one case is one case too many so there is still a lot of work to be done.

Sleeping under mosquito nets (preferably under long-lasting, insecticide treated ones) is one of the most effective ways to prevent the disease. Nets cost around £1.50 ($2) and can be used for 2 people sleeping together, lasting approximately 4 years. The Against Malaria Foundation estimates that:

In 2021, the WHO approved the use of the world’s first malaria vaccine, which took 20 years of development, with the British company GlaxoSmithKline (GSK) playing an important role. The Jenner Institute at Oxford University is also producing a new malaria vaccine which is in stage 2 clinical trials with results so far proving to be 77% effective. These vaccines could prove to be a vital defence in the world’s fight against the disease, although the pandemic has halted progress in some African countries.

Celebrities such as David Beckham have championed campaigns such as “Malaria must die so millions can live” to help spread the word too.

World Malaria Day was first established in May 2007 by the World Health Assembly, the decision-making part of the WHO. It aimed to provide “education and understanding” about malaria and set about a year-long education programme to inform communities in endemic areas about how they could prevent and treat the disease.

Since then, it has been an annual event where multinational organisations, healthcare providers and communities have worked together to bring about change.

Raising awareness of malaria and raising funds for vital equipment such as mosquito nets are ways that you can get involved. Using the hashtag #WorldMalariaDay on social media also raises awareness.

Here are some other ideas for getting involved: