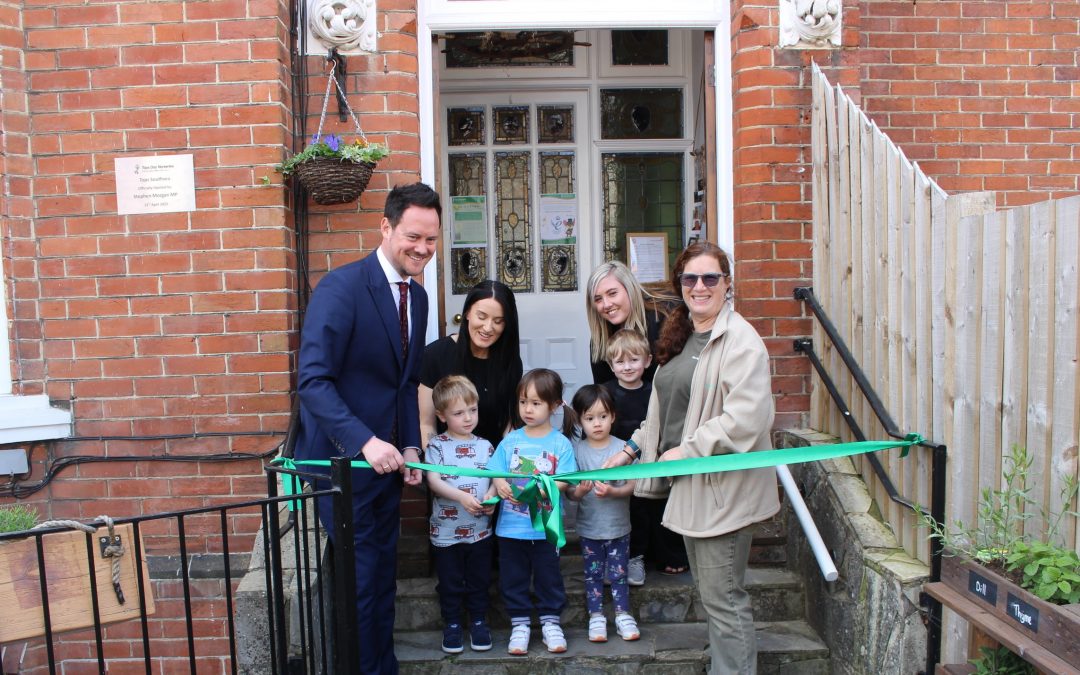 Stephen Morgan, MP joined Cheryl Hadland, managing Director of Tops Day Nurseries for a tour of the re-opened Tops Day Nursery, Southsea on Friday 22nd of April 2022.
Stephen revealed the plaque commemorating the re-opening, listened to local author Neal Layton reading his book “A Planet full of Plastic” and took part in a sustainability song for children composed by BoogieMites,

“I am delighted Stephen Morgan, MP has been to re-open and tour our Tops Day Nursery in Bruce Road, Southsea, and was also able to celebrate our Queens Award for sustainability with us.

Collaboration is an important part of sustainability so it was lovely to have local writer Neal Leyton read his Planet full of Plastic,  local music makers Boogie Mites teach us their new sustainability song, and our LGBTQ+ leader Simon King and manager at Tops QA come to celebrate with us as well.

Sadly, funding for 3-4 year olds from the government has not kept up with costs at Tops Southsea, and this reduces our ability to pay our staff what they deserve and burdens parents with having to pay more towards their children’s education and care than any other parents in Europe.  We also want a healthier environment and future for our children and grandchildren, with fewer diesel and petrol fumes, more attention to reducing waste and recycling and to reducing carbon footprints. Therefore, I look forward to working with our local MP to campaign for a more sustainable future for childcare providers, parents, and children.”

"It was great to meet Cheryl Hadland and team today at Tops Day Nurseries in Southsea and hear about the great work Tops does to give children the best possible start in life. I was particularly impressed at their commitment to reducing one-use plastic and reducing their impact on climate change, and of course huge congratulations on their Queens Award.

"With the cost of living crisis, many nurseries and childcare providers are facing real financial challenges and parents with small children feeling the pinch in their pockets. That’s why I will continue to speak up for local families and the early years sector in Parliament to ensure every child in Portsmouth is able to access a high-quality early education.

As I saw from my visit, officially opening the nursery on Bruce Road today, the team are passionate about providing a service which will help secure a healthier future for our city’s children”.

Tops Day Nurseries offers care and education for children from 3 months – school age, all year around for extended opening hours, as well as having an afterschool and holiday club for school age children. Tops Day Nurseries have over 30 nurseries across the Southwest with 5 in the Portsmouth area, including, Tops Southsea, Tops Portsmouth, Tops Havant, Tops Copnor and Tops Lakeside. For more information, please call 0801 699650 or email: enquiries@topsdaynurseries.co.uk or Cheryl.hadland@hadlandcaregroup.co.uk , 07889 244182. 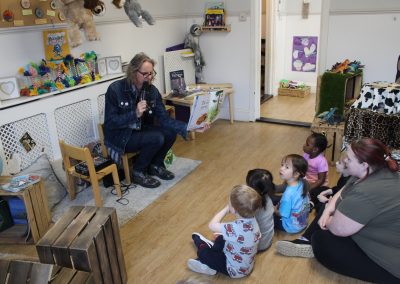 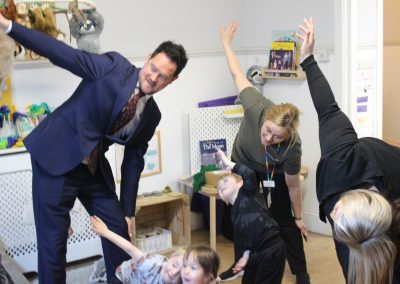 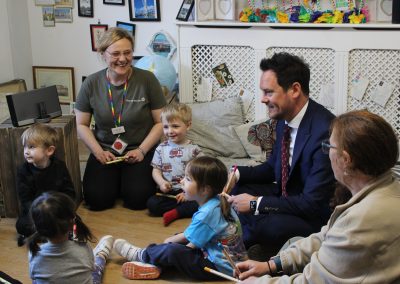 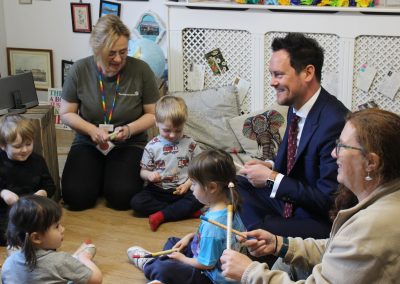 We believe in an environmentally sustainable and socially responsible world for all. We aim to achieve this through educating the children of today, so that they can prosper and, in turn, influence the way future generations live.

Every 15 minutes is important because time is valuable. We offer flexible childcare, so parents and carers only pay for the time they need. With extended opening hours, from 6am-8pm including bank holidays*, it means we are here when families need us. We also provide free settling-in sessions and we offer a variety of funding options.

As an environmentally conscious business, Tops Day Nurseries are always looking for ways to care for the planet in everything they do. All nurseries are rigorously reviewed to ensure the carbon footprint is minimised, as well as having integrated learning sessions for children on the subject of caring for the environment, growing their own food and reducing waste.