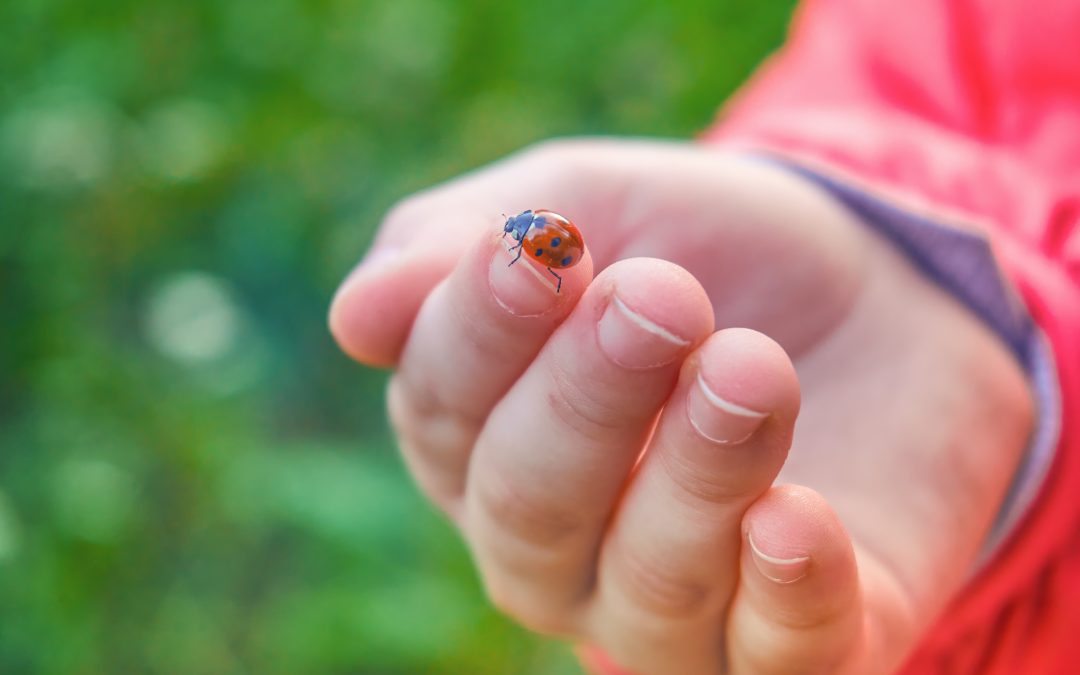 Can you hear the buzz of excitement for this week? Stick around, there are some un-bee-lievable ideas!

Sorry – we just had to get a few bug puns into this article as we are really excited to be covering a relatively new awareness week, at least for us, which is National Insect Week. It is organised by the Royal Entomological Society and supported by a large number of partner organisations with interests in different areas of science, natural history and the conservation of insects.

There are more than one million different species of insect that have been identified and described to date. Insects are the most abundant group of animals in the world and live in almost every habitat on the planet. They have lived on the planet for more than 350 million years, that’s over one thousand times longer than humans and longer than dinosaurs and flowering plants.

The important role of insects

Insects have been responsible for much of the evolution on the planet and have helped us in numerous ways. Including the following:

1. Pollinating – insects help in the process of pollinating plants which is an essential process if flowers and vegetables are to reproduce. Insects are responsible for pollinating around 80% of UK plants and this includes a large number of crops which we use for food. Pollination is the how many flowering plants reproduce. The pollen from the male part of the plant (called the anther) needs to get to the female part of the plant (called the stigma). Without insects, it would be difficult to for many plants to complete this process and therefore produce seeds, flowers and fruit.

2. A source of food – a much as we need them to help us eat, insects are also the main source of food for many birds, fish and other mammals such as hedgehogs and have a huge role in maintaining ecosystems and food chains around the world. Many people also consider insects as human food as well, with over 2 billion people eating some kind of insect in their diet because they are full of protein, vitamins and minerals. Much Asian food contains insects such as cicadas, cockroaches and crickets which are often deep fried or roasted, and served with a sticky or sweet sauce. In some countries, insects are being considered as a serious solution in tackling food crises and the environmental impact of farming. And let’s not forget, that the cast of “I’m a celebrity get me out of here” get to taste a few insect delicacies every year too!

3. Nature’s recyclers – insects are the perfect natural waste disposal team as they break down and decompose organic matter. This means they turn dead animals and waste into healthy, fertile soil, recycling the nutrients to feed the next generation of plants and animals. Without insects, it’s hard to conceive what would happen to all the animal waste and dead animals. We’d all be looking at huge piles of ‘poop’!

4. Barometers for change – insect populations can tell us a lot about how we are looking after the environment and are good indicators of environmental changes. They can highlight areas where pollution is rising and where things are out of balance, helping us humans see when we need to make changes or act more decisively.

5. In medicine – chemicals extracted from insects have been used for medicinal purposes for thousands of years and the process is called entomotherapy. Insects such as surgical maggots have been used to help clean wounds of infection; bee venom therapy can help with arthritis and gout; and in some cultures, ants have been used as sutures to hold wounds together whilst they healed.

This week aims to encourage people of all ages to learn more about the insects that surround them. It only runs every 2 years and in 2022, the dates are the 20th to the 26th June. The Insect Week website has lots of information about our insect friends and other invertebrates for people of all ages. They also run events related to insects and increasing knowledge about them.

How to get involved in your setting