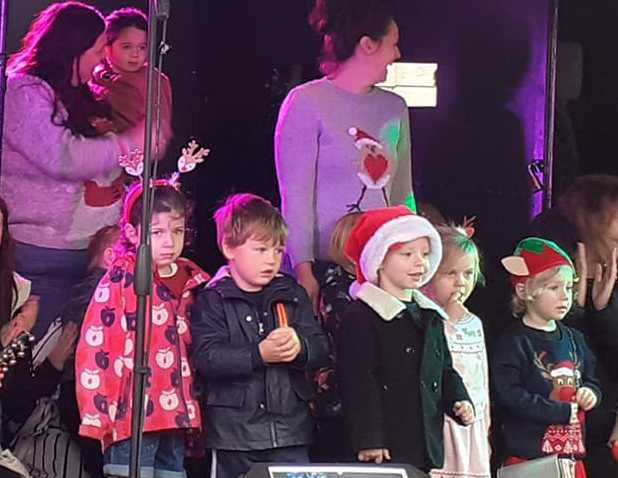 Tops Day Nurseries Wimborne, located on Leigh Road, have been getting involved in the Wimborne community by singing carols during the recent Wimborne Light Switch.

Many people enjoyed the great annual event with music and songs on stage including a carol concert from staff and children at Tops Day Nurseries Wimborne.

Sharon White, Senior Nursery Manager at Tops Wimborne said; “The children and practitioners have been rehearsing Christmas songs for the last couple of weeks, in preparation for the carol concert. We have had so much fun getting ready, singing, and dancing and it started off our Christmas activities at Tops Wimborne, we are now feeling very festive”.

Tops Wimborne are part of an award-winning Early Education and Care nursery group, Tops Day Nurseries, who aim to be part of, and contribute to each of their nursery’s local communities.

Tops Day Nurseries provides eco-sustainable Early Education and Care for children aged 3 months to school age. They have over 30-day nurseries across the South and Southwest including 8 in Hampshire. Tops also offer before, after-school and Hi5 holiday clubs for children up to the age of 11.