Childcare budgets could be cut under spending review. 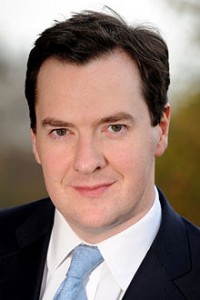 Chancellor George Osborne is planning to save £11.5 billion across all government departments and is expecting the Department for Education to bear its share of the cuts. In fact, it has been reported that Officials in the Treasury want Mr Gove’s department to find £2 billion in savings.

Whilst Mr Osborne has previously committed to protect spending on schools, it is reported that the protected part of that budget only covers children aged between five and sixteen. As a result childcare and further education are being asked to make cuts.

The Chancellor stated, “It’s obviously a very difficult time for those affected by these changes, but ultimately Britain has got to live within its means, we’ve got to be able to have an army we can afford or an education system we can afford and the like,” Mr Osborne said. “And that’s what we’ve set out to do with our plan to reduce the deficit.”

Mr Osborne is attending the G8 Summit to highlight the Government’s crackdown on tax avoidance and is hoping to achieve “real concrete progress” on tightening international tax laws that allow companies and individuals to avoid paying appropriate taxes.

Mr Osborne wants to change outdated international tax rules which allow companies to locate their profits in low-tax countries and avoid paying taxes on them in the countries where they were earnt.

“I think we can do quite a lot and I think you are going to see some concrete steps here at this summit to change the rules about tax that have been in place for decades but, as the world has developed, haven’t really kept up,” he told the BBC.

“As a result, individuals can hide the taxes they are supposed to pay in the international banking system and companies are able to shift their profits around the globe, away from where those profits are actually generated and therefore they don’t pay tax.

“That’s really important because that is less money for our NHS and our schools and the things we need to invest in.”