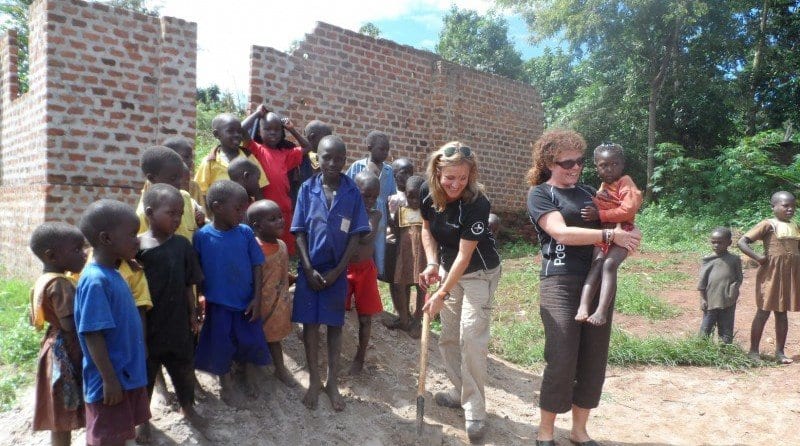 The Parenta Trust breaks ground on a pre-school in Uganda

Following the success of the Maidstone to Monaco banger rally, work has started on the Parenta Trust’s first pre-school in Uganda.

In October 2013, trustee Amanda Presland headed out to break ground with two representatives from Fields of Life - Debbie Cameron and Regional Director (GB) David Philpot. Fields of Life is an organisation that collaborates with local communities and churches in East Africa to provide education, clean water, health advice and other community based projects.

Construction is taking place in Luwero, an area that was torn apart by torture and execution under the rule of Idi Amin. Although the children there won’t remember the atrocities, their country still bears the scars, and the extreme poverty they have been left with means their chance of a good education is slim.

Founders of The Parenta Trust, Allan Presland and Nick Williams, are proud to support the project and this year they’ve committed to some big fundraising events. The first annual banger rally from Maidstone to Monaco raised £15,000 in September and, earlier in the year, Allan and Amanda spent 10 days scaling Uganda’s highest mountain, Mount Elgon for charity.

“We’re really pleased to see this year’s fundraising efforts producing real results in east Africa,” said Allan. “We hope to have the school open by Easter 2014.”

“The commitment goes beyond building the pre-school though,” added Nick. “Once open, the next step is to seek sponsorship for the children, so we can ensure they get the education and support that we take for granted in the UK.”

You’ll be able to follow progress of this fantastic project in the charity section.

Sponsoring a child through the Parenta Trust will be £17 per month. 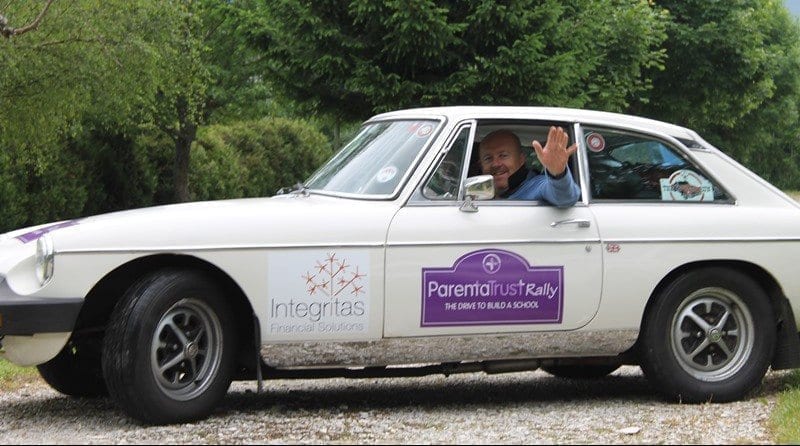 On a warm morning in late September 2013, an intrepid group of fundraisers gathered at Parenta’s Head Office, ready to embark on a five-day trip of a lifetime. The aim was to raise enough money for The Parenta Trust to start building its first pre-school in Uganda.

In the preceding weeks, each team had used £350 to buy a road legal car that would (hopefully!) see them through the 2,200 mile trip from Maidstone to Monaco….and back. 40 people took part and each of the 12 teams arrived with a car decorated for the occasion; we had the A Team van, Grease Lightning, the Batmobile, a furry Volvo, and an array of other imaginative designs.

After a smooth ferry crossing, the cars made their way south through Europe, passing through six countries before arriving in Monaco. En route, they wound through the Alps, tackling the Furka Pass, one of the region’s most dangerous roads. A high point (quite literally) was when the convey stopped for lunch at the foot of the spectacular Mont Blanc.

To add a twist to the journey, the organisers came up with Top Gear style challenges, resulting in photographs of cars with all four wheels in the air, team members posing on car roofs at a border control and even some tree climbing.

Practical jokes were also a feature of the rally. One group enjoyed a ‘sparkling’ day after being showered with glitter that had been sneakily poured into the air vents.

All this fun led to a fantastic total of £15,000 being raised for the Parenta Trust, which meant work could start a month later on the first pre-school.

We’d like to say a massive thank you to all those who took part, making it such a memorable and worthwhile trip.

Now to plan next year’s adventure...